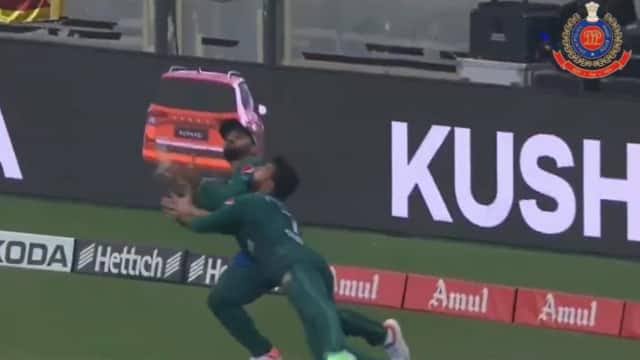 “Ae Bhai, Zara Dekh Ke Chalo” read the caption of the video posted on Twitter by Delhi Police with the hashtags #RoadSafety and #AsiaCup2022Final.

The video shows two Pakistani fielders, Shadab Khan, and Asif Ali, colliding in their attempts to catch a ball hit by Sri Lankan batsman Bhanuka Rajapaksa in their last ball of the innings. The missed catch resulted in a six.

The video has notched 1.2 million views on the Delhi police’s Twitter handle and 54.1 likes.