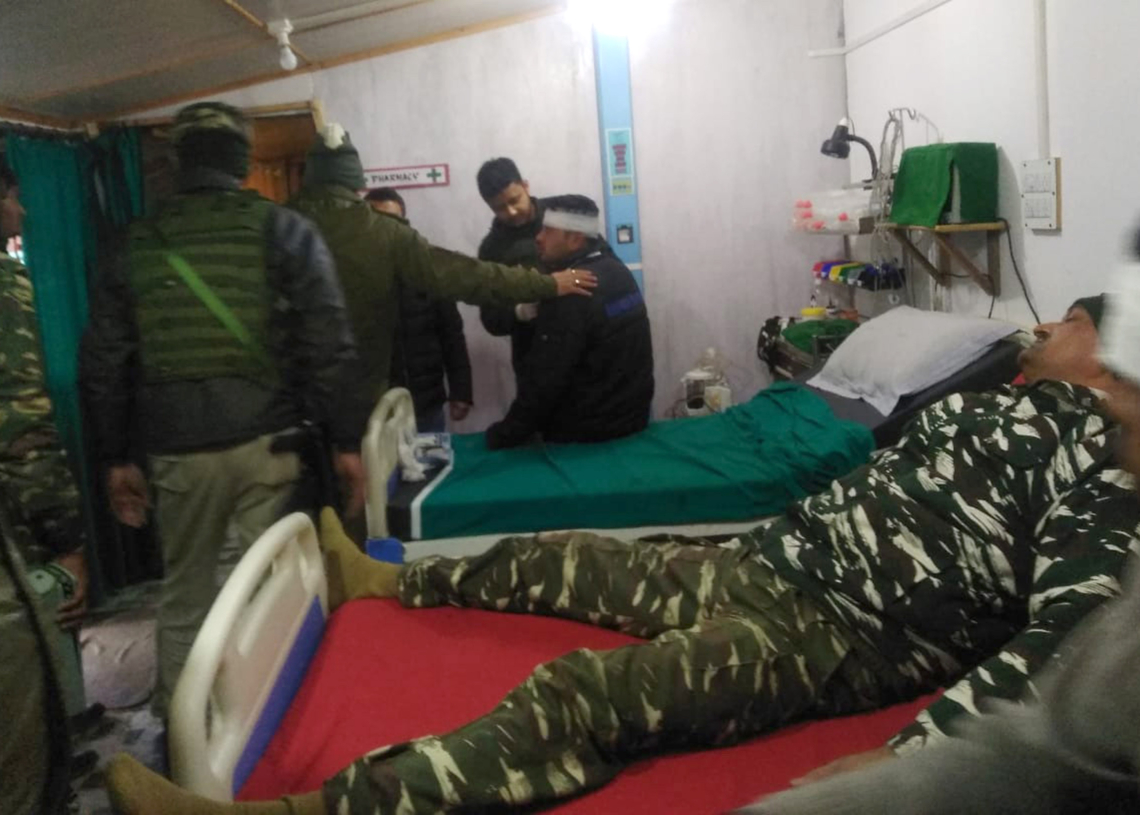 Srinagar, Feb 15: Advisor to the Governor, Khurshid Ahmed Ganai, Friday visited the Army’s 92-Base Hospital here to enquire about the CRPF personnel who were injured in Thursday’s attack at Lethpora in Pulwama.He prayed for speedy recovery of the injured troopers undergoing treatment at the Hospital.
Later, the Advisor visited the CRPF Centre, Humhama where he laid wreath over the mortal remains of those who were slain in the attack. Condemning the attack, he conveyed his heart-felt condolences to the bereaved families who lost their dear ones.