Accession of J&K with India final and complete: Jitendra Singh 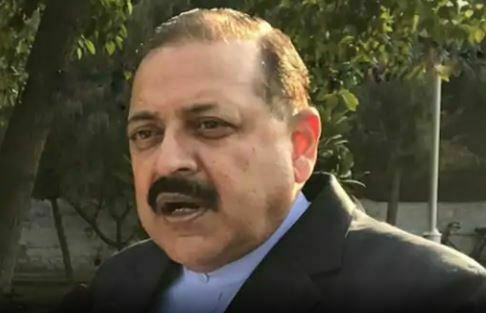 New Delhi: Asserting that the accession of Jammu and Kashmir with India was final and complete, Union Minister Jitendra Singh said former Prime Minister Jawaharlal Nehru was responsible for the delayed integration of the erstwhile state.

“If there was a delay of over two months, it was not on account of Maharaja Hari Singh but on account of the then Prime Minister Nehru who was not forthcoming in his approach and was instead being led by cues and inputs from Sheikh Abdullah (former Chief Minister of Jammu and Kashmir),” said Singh, the Minister of State for Personnel.

He said if the first Home Minister of the country Sardar Patel had been given a free hand to handle the princely state of Jammu and Kashmir just as he was handling the other princely states of undivided India, not only the history of the Indian subcontinent would have been different, but also the accession of the state would have happened much earlier.

“The part of Jammu and Kashmir presently under Pakistan, as PaJK, would have also been a part of independent India,” the minister said.

He further said history has been unfair to Maharaja Hari Singh and hoped that in the changed milieu of today, the record will be put straight and all the misgivings cleared for the benefit of future generations. The minister said historians need to address why Prime Minister Nehru violated the democratic propriety by intruding into the domain of his own Home Minister Sardar Patel.

“To put the record straight, it was in fact finally Sardar Patel’s intervention which facilitated the landing of the Indian forces in Srinagar and saved the rest of the parts of the state also from being occupied by Pakistan,” said Singh, a Lok Sabha member from Jammu and Kashmir’s Udhampur constituency.

He claimed that the then Prime Minister chose backdoor parleys with Abdullah over a free and frank discussion with Maharaja Hari Singh, who was at that time the legitimate and official head of the princely state of Jammu and Kashmir. The minister said the draft of the Instrument of Accession signed by Maharaja Hari Singh was the same as that signed by the heads of other princely states, without any conditions or terms attached.

“Article 370 and 35-A were anomalous additions which came later after Hari Singh had relinquished the throne,” Singh said. The instrument of accession was signed on October 26, 1947 between Maharaja Hari Singh, the then ruler of princely state of Jammu and Kashmir, and the Indian government to accede J-K to independent India.