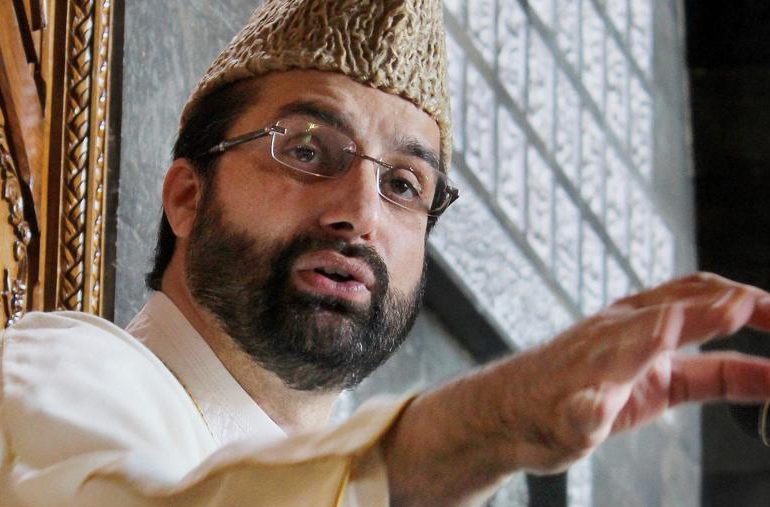 Srinagar, Oct 9: Awami Action Committee (AAC) on Tuesday termed October 10 as “another black day” in the history of Jammu and Kashmir, saying that it was on this day in 1965, when ‘Shaheed-e-Millat’ Mirwaiz Muhammad Farooq (RA) was forcibly arrested for his pro self-determination political conviction and ideology by authorities.
An AAC spokesperson in a statement issued said Mirwaiz Farooq was kept behind bars for almost three years without any trial, partly in solitary confinements and partly at interrogation centre in Kud and was subjected to severe torture and harassment.
He said since then, the party observes October 10 as the “Prisoners’ Day”. “But this year, as the party chairman Mirwaiz Umar Farooq continues to remain under house confinement, the program stands postponed,” he said.
Paying rich tributes to Mirwaiz Muhammad Farooq for his “commitment and steadfastness to the goal of right to self determination for the people of J&K”, AAC spokesperson said, “Despite facing incarceration and torture, the late Mirwaiz didn’t budge from his stand instead bore it with patience and conviction and continued to follow this mission even after his release in 1967 remaining committed towards representing people’s true aspirations till his martyrdom on May 21, 1990.”
AAC also expressed deep concern and anguish over the plight of Kashmiri political prisoners lodged in various jails in and outside the State and hailed their resilience and courage.
The spokesperson paid tribute to the steadfastness of Shabir Ahmad Shah, Advocate Shahidul Islam, Altaf Fantosh, Nayeem Ahmed Khan, Ayaz Akbar, Peer Saifullah, Mehrajudin Kalwal, Farooq Ahmed Dar, women leaders Asiya Andrabi, her associates, Fehmeeda Sofi, Nahida Nasreen and hundreds of “brave” Kashmiri youth, and demanded their immediate release.
Meanwhile, AAC has dismissed the ongoing civic body polls as a “farce”, saying that “these so-called elections are a military exercise that people of Kashmir reject outrightly”.
AAC said the people’s slogan is simple and clear: “No to all elections, only right to self-determination.”