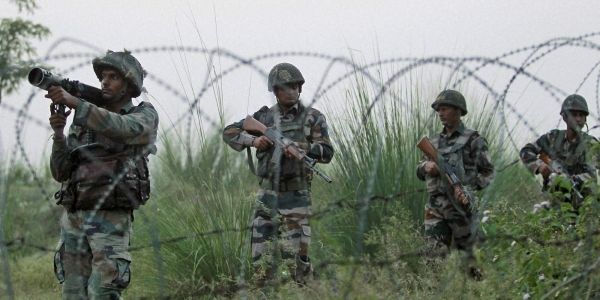 Jammu, Apr 13: As many as 513 ceasefire violations by Pakistan have taken place along the LoC in Jammu and Kashmir in the past one-and-a-half month and the Pakistan Army has suffered five to six times more casualties than the Indian Army in the retaliatory action, a senior officer said Saturday.

The Pakistan Army also used heavy weaponry like mortars and artillery guns in over 100 times during these violations and targeted civilian areas but was given a befitting response by the Indian Army, General Officer Commanding (GOC) of White Knight Corps Lt Gen Paramjit Singh told reporters in Rajouri.

“Almost 513 ceasefire violations happened in the past one-and-a-half month and over 100 times during these violations, the Pakistan Army used heavy weapons like mortars and artillery guns and targeted civilian areas. Only yesterday (Friday), four civilians, including two girls, were injured in Poonch,” the GOC said.

However, he said the Pakistan Army is being given a befitting response by the Indian Army.

Responding to a question about the casualties suffered by Pakistan in the retaliatory action, he said unlike the Indian Army, Pakistan does not announce the number of its casualties.

“However, as per our sources, the Pakistan Army suffered five to six times more casualties than the casualties on our side,” Lt Gen Singh said.

On the sniping incidents from across the border, Lt Gen Singh said such incidents had come to a naught over the past several months, especially after the Balakot strike.

“Some incidents of sniping took place earlier and accordingly we have taken some measures to strengthen our defence.

As per the data this year, only three incidents of sniping by the Pakistan Army were reported from January to February 26 in which one of the fatalities include a civilian porter,” he said.

“There was no sniping incident from February 27 till date, which means the steps taken by us have been successful,” the officer said.

Responding to a question, the officer said, “Our message to Pakistan is given every day whenever some nefarious activity happens on the border”.

When asked for a comment on politics being played in the name of soldiers during the ongoing Lok Sabha elections, he said the Army does not want to get into the debate.