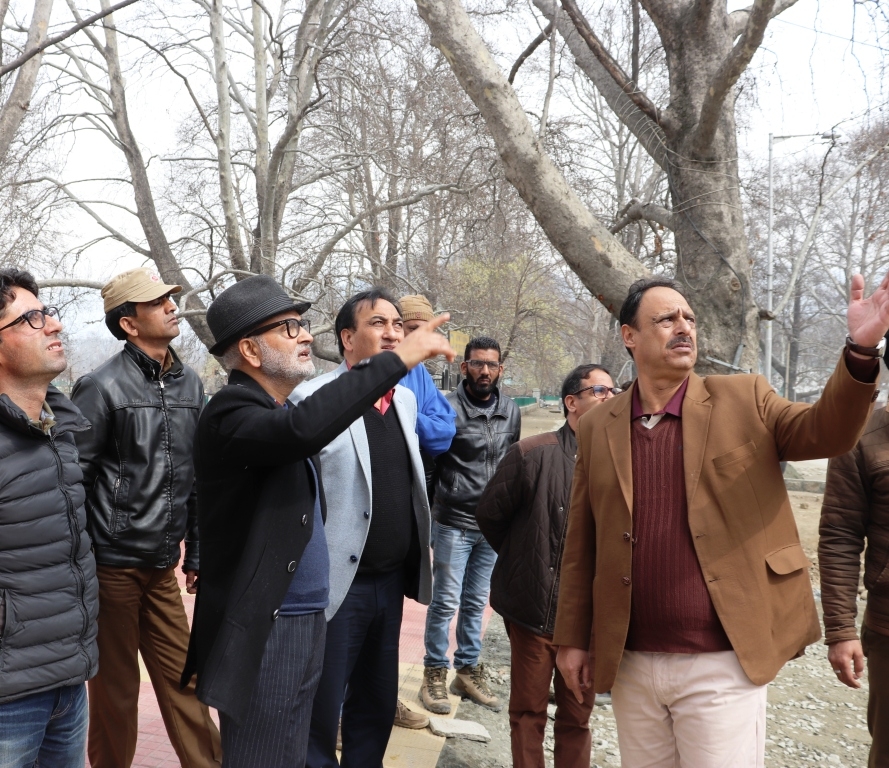 The Minister visited Bemina where 500 bedded Maternity and Pediatric hospital is being constructed at the cost of Rs 70.63 crore. The minister was informed that major portion of the construction work stands completed. The mechanical and electrical work on the hospital has also started and will be completed in a time-bound manner. The Minister asked the executing agency to expedite work and said that the Government would start the functioning of the hospital from this year.

The Minister said the project is of vital significance as it will cater to a large section of the society and also will decrease the workload on other major hospitals in the city.

The Minister also visited Tengpora-Bye pass in Srinagar where he inspected the beautification and landscaping of roadsides. The Minister also planted a tree there and sought the cooperation of general public and the residents of area, in particular, to make the City beautiful.

“Srinagar is considered as one of the beautiful city in the world and it is our responsibility to maintain its beauty. Once the government plants trees in any area, afterwards it becomes a collective responsibility,” Akhtar said.

Later, he inspected the works on the Jehangir Chowk – Rambagh flyover, the Minister observed that there is an improvement in the pace of work. He said if the weather remains conducive, the Macadamization work form Amar Singh College to Barzalla phase would be initiated soon.

On his visit to Mehjoor Nagar Bridge, the Minister was informed that the construction work is in its last stage and would be completed at an earliest. The Minister also visited Polo View and inspected the ongoing work on the footpath near Municipal Park.

On the occasion, the delegation of people from the nearby areas also met Akhtar and apprised him of issues and requested him to macadamize the roads in the area. The Minister after giving a patient hearing assured that all the necessary developmental works will be carried out in the area.