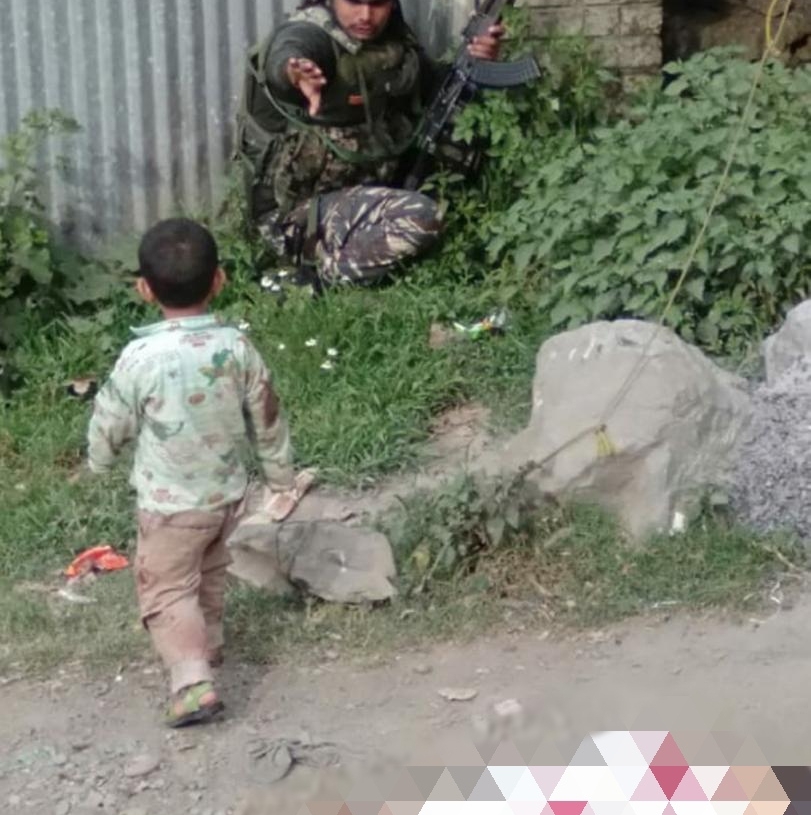 A cop carried away a 3 year old boy whose grandfather, a civilian was killed in the cross firing between security forces and militants in Sopore on Wednesday morning.

A CRPF man and a father of a three-year-old baby were killed while three CRPF men received bullet injuries after militants attacked CRPF patrolling party in Sopore area of north Kashmir’s Baramulla district.

A police official said that a civilian identified as Bashir Ahmed of HMT, Srinagar, who was carrying three-year-old baby in his lap, also died after receiving bullets.

In heart-wrenching images, the child is seen sitting on the blood-splattered body of his grandfather, a civilian caught in the crossfire.

“The baby was wailing at the body . A police man reached the spot and rescued the baby by taking him in his lap,” the official said.