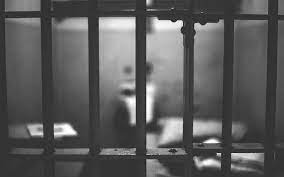 Ahmedabad: An Indian man arrested by the Pakistani agencies in 1994 and awarded life term by a court for espionage, returned and reunited with his family 28 years later.

Kuldeep Yadav (59), was released last week by the Pakistan Supreme Court, after completion of his imprisonment in 2021.

He has sought financial aid from the Government of India and other citizens.

After completing his graduation from Sabarmati Arts and Commerce College from Ahmedabad and pursuing LLB course, Kuldeep was searching for job opportunities in 1991, when some persons approached him with an offer to “work for the country”.

“In 1992, I was sent to Pakistan, after serving for two years on foreign soil, I planned to return in June 1994, but before making it to my motherland, I was picked up by Pakistani agencies and produced before a court. For two long years, I was interrogated by various agencies,” he told IANS.

Narrating his plight, Kuldeep said in 1996, the Pakistan court awarded him life imprisonment on the charges of spying and sent him to Kot-Lakhpat Civil Central jail in Lahore. “There I got a chance to meet late Sarabjeet, the jail authorities used to arrange meetings between us every fortnight. Till Sarabjeet’s death, Pakistani and Indian jail inmates shared same barracks.”

He was received by the Indian officials and his brother on the Indian side last week. “After serving the country for 30 years, I am ‘Zero Batta Zero’ today, dependent on younger brother Dilip and sister Rekha. The government should pay compensation like retired soldiers. I too should be given agriculture land, pension, and land for a house, so that I can rebuild my life. At the age of 59, no one is going to hire me. I appeal to citizens to come forward and extend support socially and economically.”