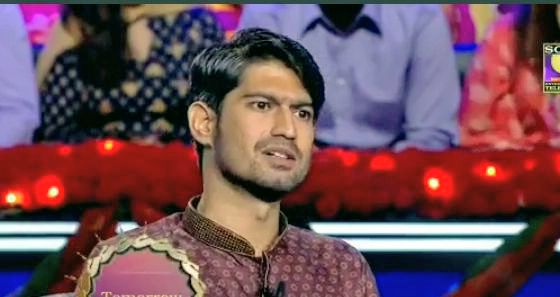 Srinagar: Vishal Sharma’s birthplace was untraceable on Google till yesterday but his win on the popular television show ‘Kaun Banega Crorepati’ has thrown the spotlight on a lesser-known remote border village in Jammu and Kashmir.

Though Vishal won Rs.12,50,000 in the KBC, his description of his village in the Pallanwala sector of Jammu, mostly in news for cross-border shelling, has won the hearts of viewers and host Amitabh Bachchan.

“My village is just 10 km away from the LoC and it falls in the Pallanwala sector that usually remains in news for shelling. The name of my village is Baliwala. It is so small that you cannot even find it on Google,” Vishal stated on the show.

His comments made Amitabh curious, who asked him about the problems faced by the people in the village given its proximity to the Line of Control (LoC).

“We have faced lots of problems in the past. In 1965 in my father’s younger days, our family had to migrate due to the disturbances,” said Vishal, who happens to be the son of a retired ‘subedar’ of the Indian army.

After quitting the Rs. 25 lakh question on KBC, Vishal Sharma said: “I dedicate this amount to my father. Both my father and mother told me to follow my passions and dreams and go for it.”

Vishal’s appearance has cheered up the netizens in Jammu and Kashmir.

Another netizen Madhvi Sharma wrote: “I saw you playing, u made Jammu proud (sic).”

“Proud Moment for whole Jammu & Kashmir. #Vishal Sharma from the border area of #Jammu district has made his way to Kaun Banega crorepati KBC as a contestant. (sic)” commented Daljit Chib.

The video of Vishal’s appearance on KBC too was widely shared on social media, especially by the people of the Jammu region.