‘You can kill the body, but not the spirit’: Kashmir killings open human rights debate 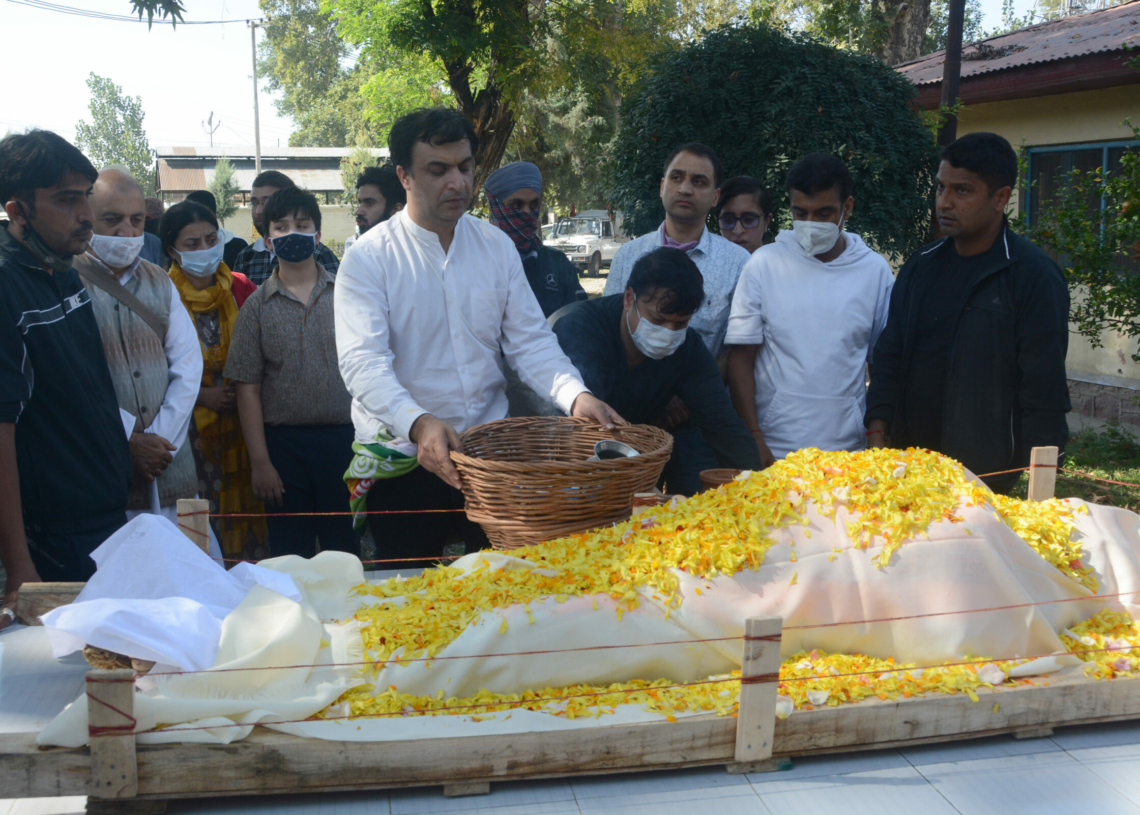 SRINAGAR: An eerie silence has descended on Kashmir after three civilians were killed on Tuesday.

People who were preaching human values have gone into a silent mode. There has been no statement of condemnation from any rights group even after 18 hours.

Individually, people have expressed sympathies both on social media and personally with the bereaved families.

“What is this? Who do we tell how brave we r? Here is a helpless poor man selling golgappas lying still, life snuffed out. The killers will rot in hell inshallah,” tweeted Sajad Lone, chairman of People’s Conference.

Police said three terror incidents were reported from Srinagar and Bandipora within a span of one hour on Tuesday evening. Police said at 7.25, Bindroo Medicate owner Makhan Lal Bindroo was shot at by the terrorists near his shop at Iqbal Park. He was rushed to the hospital where he succumbed to his injuries.

A Kashmir Pandit, Bindroo was one of the few of his community who did not migrate from Kashmir after the onset of militancy in 1990. He stayed back along with his wife and continued to run Bindroo Medicate.

Forty-five minutes at around 8.15 pm, a Bihari panipuri seller was shot dead at Lal Bazar area. Police identified the slain as Virender Paswan. He was putting up in a rented accommodation at Alamgari Bazar area of the old city.

Condemning the killings, Lieutenant Governor Manoj Sinha said terrorists will never succeed in their nefarious designs, and those responsible for such heinous acts shall be brought to justice. “My heartfelt condolences to the bereaved families in this hour of grief,” he tweeted.

It was, however, Bindroo’s daughter Dr. Shraddha Bindroo who held a mirror to the killers of her father. “My father Makhan Lal Bindroo will never die. You can just kill the body and he will be alive in the spirit. I am an associate professor. I started from zero. My father started on a bicycle. My brother is a famous diabetologist and my mother sits in a shop. You can just kill the body. He will be alive in spirits,” she said.

Dr. Shraddha said she is not crying because her father has made her strong to face the world in adversity.

They are spread all over the world. His daughter-in-law is in London. You can fire bullets and pelt stones. You have that much worth only,” she said. Hurriyat Conference (APHC) led by Mirwaiz Umar Farooq termed the killing as pure violence against fellow humans and humanity.

Expressing condolences with the bereaved family of Bindroo, Hurriyat appealed to the world community to intervene in putting an end to the daily violence and tragic loss of life in Kashmir.