‘You are nothing’: Meet young J&K inventor who got Rs 47 lakh offer on Shark Tank India after a tough grilling session 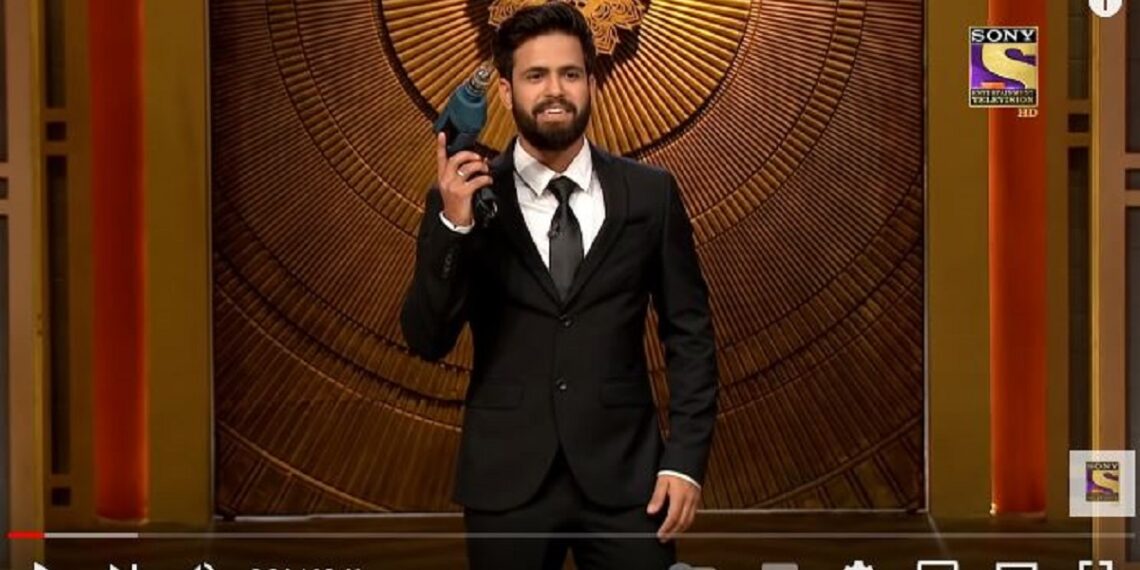 Shark Tank India, the TV show in which aspiring entrepreneurs from India, pitch their business models to a panel of investors and persuade them to invest money, saw a J&K entrepreneur trying his luck in Season 1 Episode 21 earlier this year.

It was a tough pitch for Siddarth, however, as his ideas and inventions were totally rejected by the panel with many suggesting he go back to Germany and give up his current “self-obsession”.

This is how the J&K man began his pitch:

“I was always intrigued to create things, to invent them right from my childhood. That is why I wanted to become an engineer. When I was 17, I was rejected from my dream. IIT college but that day I committed to myself that I will not let a name of a college determine my future.

Fast forward 10 years, I am here standing in front of you as the founder of ‘Sid07 Designs’ where we invent the most peculiar, unseen equipment that can make everybody’s daily life easy.

I have invented 11 such equipment, on three of them I have granted patents, on two the patents are pending, and for the rest, I have to file the patents. All these inventions are completely different from each other but they all have one common goal — to make our daily lives better.

Sharks, have to ever drill a wall? You must know that it is a messy thing to do and there is dust all over.

Here my invention ‘Drill Duster’ comes into the picture.

I want to ask you another question. How many of you drink your coffee or tea in the morning while rushing to your office? And for how many times, do you use a disposable cup? Every year around 50,000 crore disposable cups are used in the world. I have invented such a cup that is absolutely easy to carry and use, just like your smartphone.

Presenting ‘ToGo’, it is a patented, flat-folding, silicon-based collapsable cup which folds in the shape of a smartphone that you can carry in your pockets, or in your bag.

Sharks my 11 inventions may be completely different from one another, but my goal is only one: to give the world such equipment that are remembered and used by thousands of years after my death.

I am here in front of you seeking 47 lakh for 10% equity in my company.

At this, Ashneer Grover, founder and MD of BharatPe, asked Siddarth: “Can’t I get such products of AliExpress? What is so unique about them?”

Siddarth replied: “Sir, you will not get these products. You know how it started. I was drilling a hole in a ceiling one day and my eyes were infected after some dust fell into them. I went on the internet to look for solutions but could not find any. The ones that were there were very bulky,” Siddarth said.

At this, Ashneer interrupted him asked why would anyone drill without ensuring that his eyes are protected. “Aise kon drill karta hai yaar, apni aankh me kon giraata hai?” he quipped.

After Ashneer, Piyush Bansal, another Shark and founder and CEO Lenskart asked the Jammu inventor to tell them about his sales. “Sir we brought a drill duster in the

market in March 2020. We are at the proof of concept stage. I am an early-stage startup. Last year we did Rs 14 lakh sales. Last month, we did around 1 lakh sales.”

Then the J&K entrepreneur-cum-inventor was asked to show more of his ‘inventions’. “Sir this is a desk clipper. It can be attached to 17 to 30 mm desks.” At this another Shark Vineeta Singh, SUGAR cosmetics CEO and co-founder, said she already had such clips at home which she used to hang her bag. “What is so different in your ‘invention’?” she asked Siddarth who could not give a satisfactory reply.

Piyush then asked him why on earth was he creating so many products and not focusing on just one product. “What are you doing with your career?” the Lenskart CEO asked the J&K lad. Aman Gupta, the boAT co-founder, quipped: “Majaak” (making fun of himself).

Ashneer again jumped in and asked Siddarth if he was an inventor or a businessman. “I am an inventor sir,” he replied. “How can you call yourself an inventor? Others should call you one…Edison had not become Edison looking at some other Edison. You are just a wannabe superstar. You are nothing, man. What is this that you are making? They sell on Nehru Place roadsides for Rs 15” a visibly upset Ashneer was seen telling Siddarth.

“You are wasting your degree here. You should go back to Germany, work in some good engineering company and learn how such companies do business,” Ashneer told him.

“You are a tinkering lab. You are not a businessman. For those reasons I am out,” said Anupam Mittal, founder and CEO Shaadidotcom.

While Vineeta also refused to offer any deal to Siddarth, she praised him for his efforts and said he must have inspired several younsters who are trying to make it to

IIT with a message that there is life beyond IITs. Aman however differed and said Siddarth had not inspired but confused youngsters. “This business is not a business. You are self-obsessed. You are not an inventor. Do something else. Or else invent something that the world itself would tell you that you really are an inventor,” Aman told the poor J&K-born youth who, at this point was visibly shaken up by all the grilling and criticism.

At this point, four of the five sharks had backed out and there were hardly any chances of him getting an offer. And then, Peyush, the Lenskart CEO, made a unique offer to Siddarth.

“I will give you an offer. I will give you a problem and you will work on that only. No more making so many products. Do you agree?” he asked the J&K inventor. “Yes sir,” he replied.

“Okay, so my offer is Rs 25 lakh for 75% of your company’s equity. Besides, whatever money you need in the future for your business will also be funded,” Peyush told Siddarth, adding that he loan him the remaining Rs 22 lakh.

Siddarth, who by now must have given up all hopes, immediately took the offer and accepted the cheque from Peyush. “All these people who were criticising you, we will tell them a year later, what you have achieved,” Peyush told him.