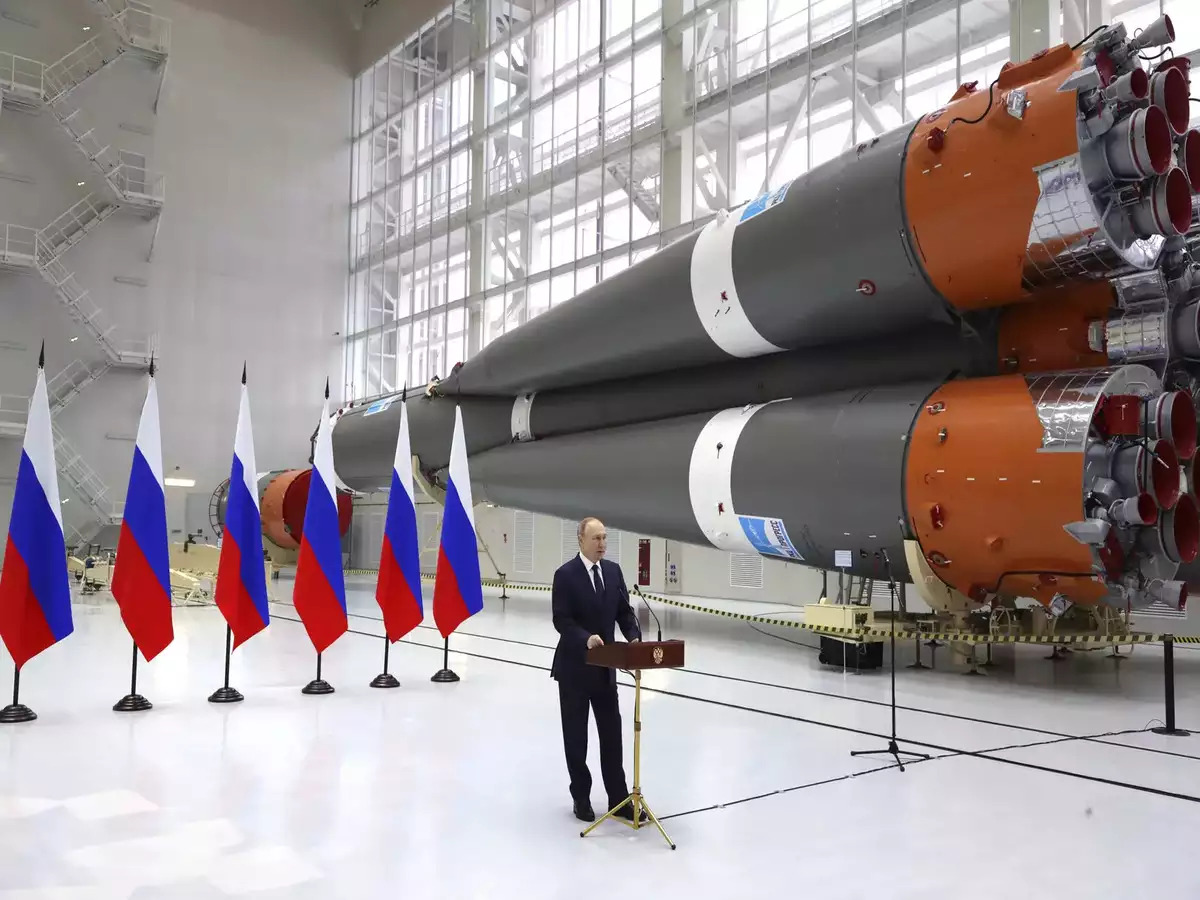 LONDON: The world is staring at atomic war after Russia threatened to deploy nuclear weapons if Sweden and Finland joined NATO.

Finland, which shares a 1,300-km (810-mile) border with Russia, and Sweden are considering joining the NATO alliance. Finland will decide in the next few weeks.

Dmitry Medvedev, deputy chairman of Russia’s Security Council, said that should Sweden and Finland join NATO then Russia would have to strengthen its land, naval, and air forces in the Baltic Sea.
Medvedev also explicitly raised the nuclear threat by saying that there could be no more talk of a “nuclear-free” Baltic — where Russia has its Kaliningrad exclave sandwiched between Poland and Lithuania.

“There can be no more talk of any nuclear-free status for the Baltic — the balance must be restored,” said Medvedev, who was president from 2008 to 2012.

“Until today, Russia has not taken such measures and was not going to,” Medvedev said. “If our hand is forced well… take note it wasn’t us who proposed this,” he added.
Lithuania said Russia’s threats were nothing new and that Moscow had deployed nuclear weapons to Kaliningrad long before the war in Ukraine.

The possible accession of Finland and Sweden into NATO — founded in 1949 to provide collective Western security against the Soviet Union — would be one of the biggest European strategic consequences of the war in Ukraine.

Finland gained independence from Russia in 1917 and fought two wars against it during World War Two during which it lost some territory to Moscow. On Thursday, Finland announced a military exercise in Western Finland with the participation of forces from Britain, the United States, Latvia, and Estonia.

Sweden has not fought a war for 200 years and post-war foreign policy has focused on supporting democracy internationally, multilateral dialogue, and nuclear disarmament.

Kaliningrad is of particular importance in the northern European theater. Formerly the Prussian port of Koenigsberg, capital of East Prussia, it lies less than 1400 km from London and Paris and 500 km from Berlin.

Russia said in 2018 it had deployed Iskander missiles to Kaliningrad, which was captured by the Red Army in April 1945 and ceded to the Soviet Union at the Potsdam conference.

The Iskander, known as SS-26 Stone by NATO, is a short-range tactical ballistic missile system that can carry both conventional and nuclear warheads.

Its official range is 500 km but some Western military sources suspect its range may be much greater.

“Let’s hope that the common sense of our northern neighbors will win,” said Medvedev.
Lithuanian Defense Minister Arvydas Anusauskas said Russia had deployed nuclear weapons to Kaliningrad even before the war.

“Nuclear weapons have always been kept in Kaliningrad … the international community, the countries in the region, are perfectly aware of this,” Anusauskas was quoted as saying by BNS. “They use it as a threat.”

Putin said the “special military operation” in Ukraine is necessary because the United States was using Ukraine to threaten Russia and Moscow had to defend against the persecution of Russian-speaking people by Ukraine.

Ukraine said it is fighting against an imperial-style land grab and that Putin’s claims of genocide are nonsense.