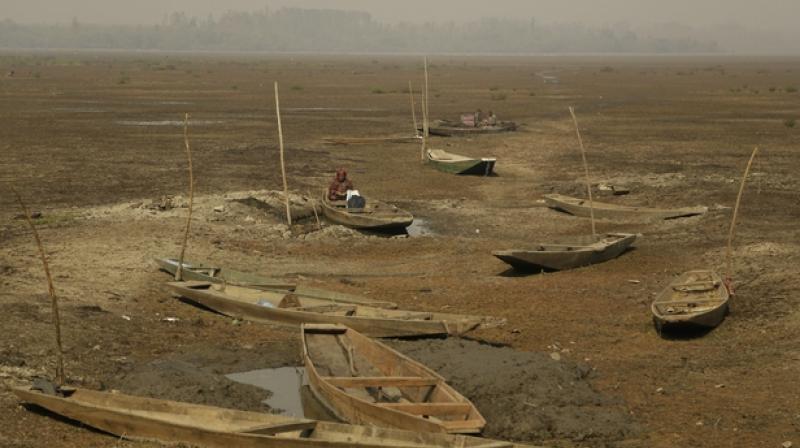 Srinagar, Dec 05: Wular, one of the largest freshwater lakes in Asia, is on the verge of extinction.

A new study has revealed that the lake is losing its water-holding capacity due to increased soil erosion.

Five members of UP family die due to ‘suffocation’ in Kupwara

No registration, no operations: Govt tells courier agencies of Srinagar

Soil erosion by water is one of the most important environmental problems facing the Kashmir region. The removal of the top fertile soil not only creates problems in agriculture but also results in the depositing of sediments and silt in the water bodies, therefore reducing the water-holding capacity.

Entitled, “Estimation of soil erosion risk in the upper catchment of Wular Lake, Jammu & Kashmir using RUSLE mode,” the study was published in the International Journal of Advance Research in Science and Engineering.

The study was done to evaluate the risk posed by soil erosion in the upper catchment areas in North Kashmir and its impact on Lake Ecosystem.

It was found that the area under the moderate to extreme risk of soil erosion has seen a tremendous increase from 1.72 percent to 14.82 percent in 10 years ((2004-2013) due to the increased anthropogenic activities like unplanned urbanization and deforestation, hence consequent sedimentation of Wular lake.

According to the study, the lake plays a vital role in the region’s hydrography.

“The lake not only acts as a vast absorption basin for flood water but also supports the hydropower generation, and agricultural activities and accounts for 60% of the fish production in Jammu and Kashmir. In order to reduce the problem of soil erosion in the catchment and sedimentation of the lake, it is therefore important to detect the areas prone to erosion,” the study reads.

Senior Assistant Professor, Department of Geoinformatics, University of Kashmir, Dr. Irfan Rashid told The Kashmir Monitor that the effects of soil erosion go beyond the loss of fertile land.

“It has led to increased pollution and sedimentation in streams and rivers, clogging these waterways and causing declines in fish and other species,” he said.

Rashid added that the degraded lands are also often less able to hold onto water, which can worsen flooding.

“Sustainable land use can help to reduce the impacts of agriculture and livestock, preventing soil degradation and erosion and the loss of valuable land to desertification (the process by which a fertile land changes itself into a desert),” he said.