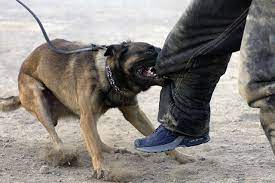 SRINAGAR:  On a dull morning, Ali Mohammad (name changed) left home to open his mutton shop in the Hajin area. Halfway through, a pack of dogs was growling uninterruptedly at a street corner. Unmindful of the lurking danger, he ambled ahead only to be attacked by a rabid dog. The canine, which had struck terror in the area,  ripped off flesh from his neck.

Bleeding profusely, Ali hit back and strangled the dog to death before collapsing on the road. He was rushed to hospital in serious condition. “It took a lot of effort to save his life,” said a doctor who attended to him.

Ali was both lucky and brave.  He survived despite being bitten by a rabid dog. But the majority of people neither have the courage nor luck to face the danger on the streets.

Saample this: In February, massive Protests rocked Pattan after a 10-year-old boy was mauled to death by stray dogs at Singhpora.  Locals said a pack of dogs pounced on Azad Manzoor Ganie of Gund Ibrahim and dragged him away. He was badly bitten before people rushed in to save him. He died en route to the sub-district hospital, Pattan.

Shri Maharaja Hari Singh (SMHS) Hospital records show that on average 30 to 35 dog bite cases report to the anti-rabies center every day. Official data reveal that 4520 dog bite cases have been reported to the clinic from January to September 16, 2022. Srinagar district tops the list with 3849 dog bites in the last nine months

”Cases are increasing. We receive patients of all age groups. However, the majority of them are children,” said Dr. Abdul Hamid, consultant at Anti Rabies Clinic, SMHS hospital.

Around one lakh poultry birds are slaughtered every day which generates 40000 kilos of waste that caters to the food needs of the stray dogs.

“Dog population is increasing in Kashmir. There is no doubt about that. We throw waste on roads and dogs feed on it,” said Dr. Hamid.