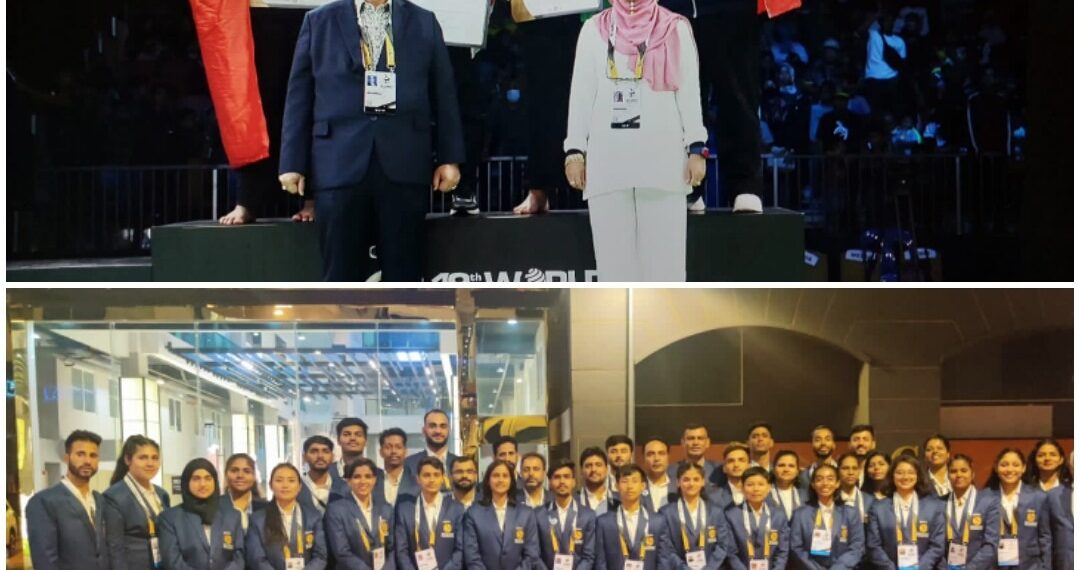 The national Pencak Silat contingent comprising 42 members both men and women, coaches, and staff from across the country including 8 players and 3 coaches from UT of J&K was flagged-off by Manoj Sinha, the Lt. Governor Jammu, and Kashmir,  on the 24th of last month from Raj Bhawan Srinagar.

The national team had trained under a battery of coaches in a 21-day-long coaching camp in Srinagar.

The championship was inaugurated on 26th July by  Governor of the Melika Province Data Mohammad Ali Rustum and in the closing ceremony the Prime minister of Malaysia Dato’ Sri-Ismail Sabri bin Yaakob was the chief guest and he also gave away the awards to the winners.

Mohammed Iqbal and Irfan Aziz from Union Territory of J&K accompanied the national team as coaches and Mufti Hamid Yasin was the Team manager.

Secretary YSS and Secretary Sports Council while congratulating the national team said, everyone, is excited about the performance of the national Pencak Silat team. The team has put up a good display and produced a great result in the event and maintained a rank among the top ten in the world arena.

Pertinently in the 18th edition of the World Pencak Silat Championship held in Singapore Indian Pencak Silat teams secured 4 medals and stood at 10 positions in the event. In today’s championship team has improved its rank by climbing to 7th rank in the championship which is the best for the players at the World level.

Mohammad Iqbal, team coach expressed hope that we will do our best in the forthcoming Senior Asian Championship as well as World Beach Pencak Silat Championship 2022 which will be held in Cebu- Philipines later this year.

The team was cleared by the Ministry of Youth affairs and sports Government of India and the national coaching camp which was held in Srinagar was jointly organized by the Jammu and Kashmir sports council as well as Indian Pencak Silat Federation.