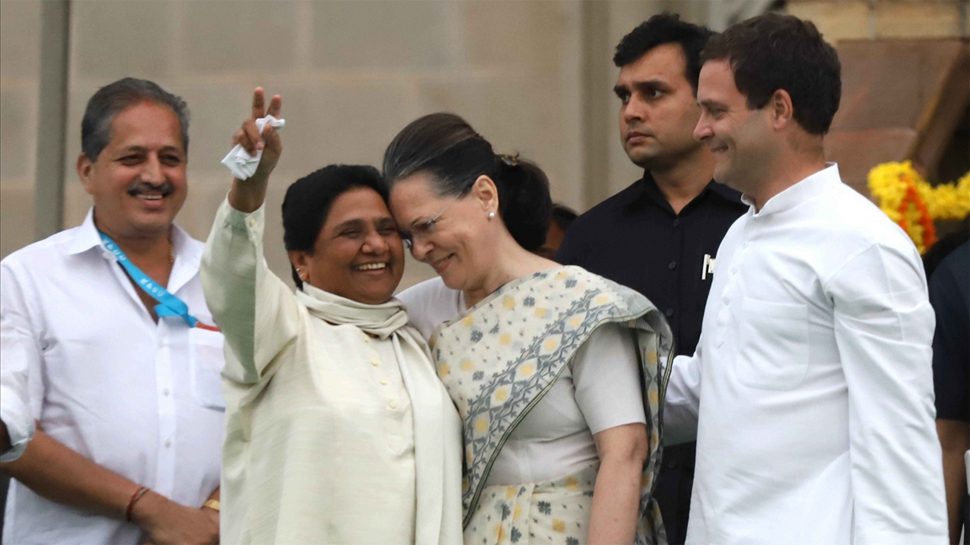 LUCKNOW: Bahujan Samaj Party (BSP) chief Mayawati launched a verbal attack on the Congress yet again on Tuesday asserting that she will not beg for seats to be in an alliance. She said that she only asked for a respectable number of seats for the BSP and added that till the time there is no respectable division of seats, her party will continue to fight the polls alone.
She also attacked the Bharatiya Janata Party (BJP) claiming that both the saffron party as well as the Congress always try to weaken the BSP.
Her statement comes days after she snubbed Congress and joined hands with Ajit Jogi’s JCC for Chhattisgarh polls and announced that the BSP will go solo in the Rajasthan and Madhya Pradesh assembly elections.
While making the announcement, she had claimed that the Congress is getting arrogant. “They (Congress) are getting arrogant and are under the misconception that they can defeat BJP on their own but the ground reality is that people haven’t forgiven Congress party for their mistakes and corruption. They don’t seem to be ready to rectify themselves,” she said.
Although she had spoken well about Congress chief Rahul Gandhi and his mother UPA chairperson Sonia Gandhi, she had hit out at other party leaders who she claimed had been against the alliance. “I feel that Sonia Gandhi and Rahul Gandhi’s intentions for Congress-BSP alliance are honest. However, some Congress leaders are sabotaging this. Congress leaders like Digvijaya Singh do not wish for a Congress-BSP alliance. They are afraid of agencies like ED, CBI,” she said.
After Mayawati shrugged Congress away, Samajwadi Party chief Akhilesh Yadav had also warned the party of consequences if they are not given a fair share of seats.
“Congress has made us wait for long. We will hold talks with BSP,” Akhilesh Yadav said on Saturday when he was asked about a possible alliance between the bua-bhatija of Uttar Pradesh.
Taking a cue from Mayawati’s announcement, Akhilesh had pressed upon the Congress to give importance to the smaller political parties. “I am saying that the Congress should show its large-heartedness, and it should contest elections by taking along all the political parties who have similar thoughts and ideology. If there is any delay, then there is a possibility that other parties may declare their candidates. After this, they (Congress) will be levelling allegations that they colluded with the BJP,” Akhilesh said in what could be viewed as a warning to the Congress.