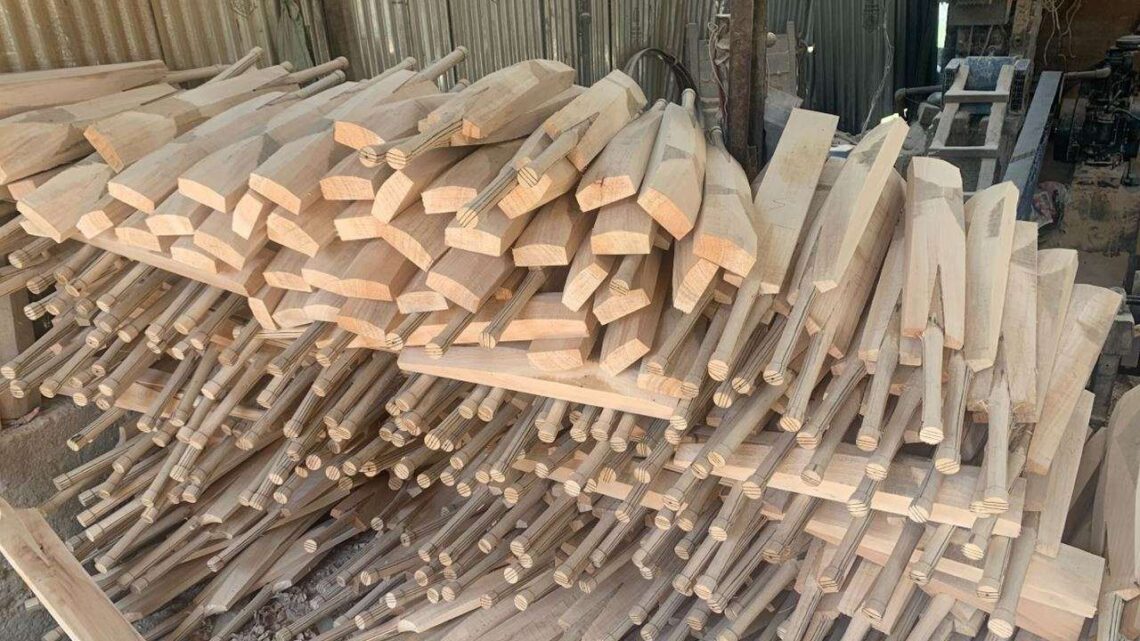 “Our season begins in August when 1000 mini-trucks laden with raw willow arrive at 400 units. We have received only 57 trucks in the last one month,” he said.

Dar said the majority of the units have jumped delivery deadline given the immense dearth of raw material.

“We feel helpless. We learnt that willow is being used by the ply industries on a large scale, which resulted in a shortage of raw material for cricket bat industries,” he said.

“We used to supply 10 lakh cricket bats annually to different states. Right now, the demand is for 2.5 million bats annually. Many cricket playing nations have desired to use our cricket bats, ” Dar said.

Data said cricket bat units generate a revenue of over Rs 100 crores annually. At least one lakh skilled and unskilled workers are associated with the cricket bat industry.

Fawzul Kabir, owner of Gr8 Sports said he is only able to produce 600 monthly, while the demand is for 5000.

Kabir, who is also spokesperson of the cricket bat manufacturers union, appealed to the administration to initiate a willow plantation drive to save the industry.

“Last year, SKUAST distributed 1500 willow saplings to the growers. It isn’t enough. The government needs to initiate a massive willow plantation drive across the valley, which will save the cricket bat industry as well as generate revenue. There is a requirement of 15000 willow trees annually,” he said.

Pertinently a team of Union Ministry of Medium, Small, and Micro Enterprises officials visited the valley to find ways and means for extending support to the cricket bat industry.

Officials said that the government apart from pushing the infrastructure for the industry is equally focusing to ensure the availability of raw materials for the unit holders.