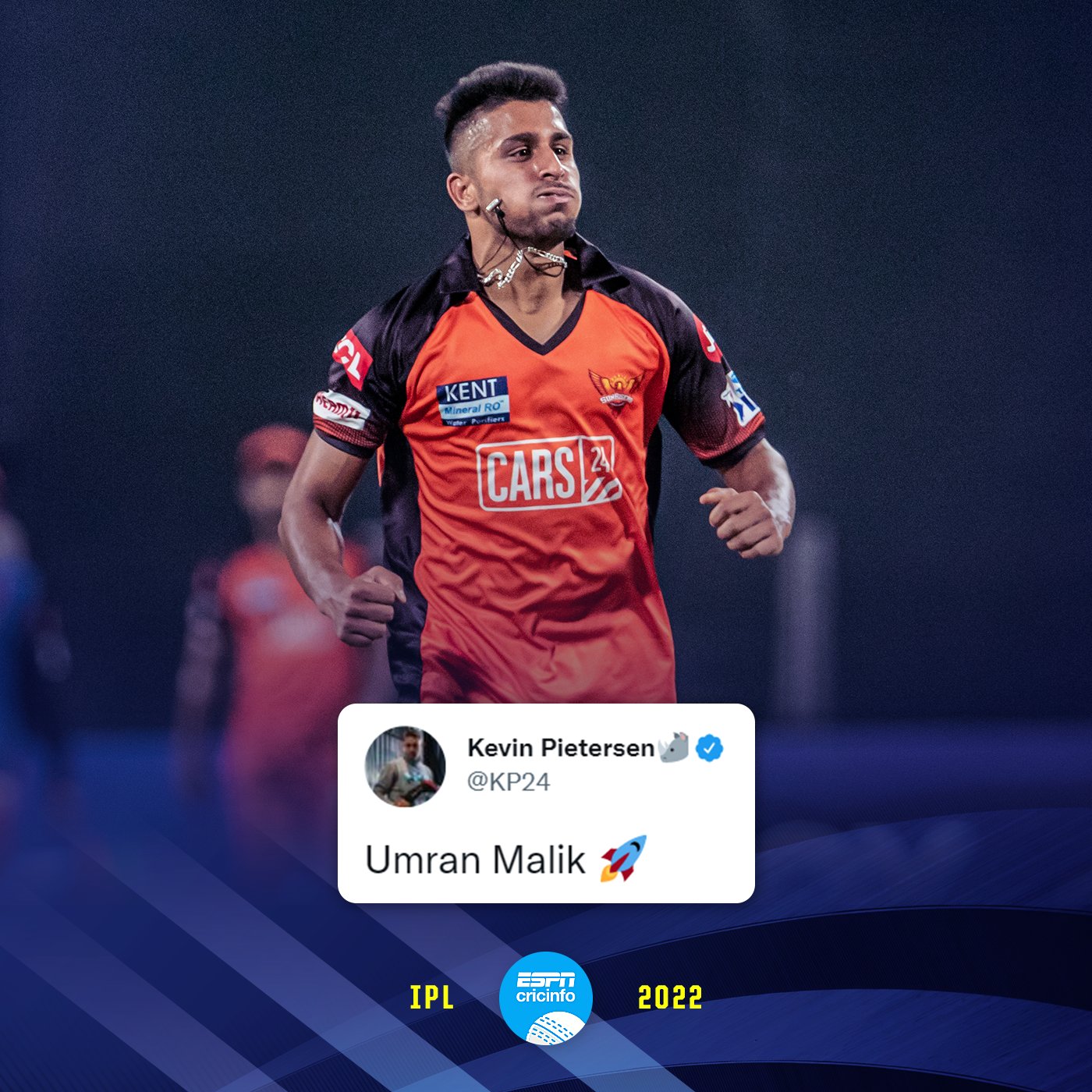 Umran Malik may only be three first-class matches and one List A game old but that hasn’t hindered the Sunrisers Hyderabad pacer from leaving cricket lovers, including Congress MP Shashi Tharoor, impressed with his raw pace.

Malik who frequently flirts in the 90mphs region, earned the Player of the Match award against Punjab Kings on Sunday when he bowled the perfect final over, a rare maiden that also yielded four wickets. PBKS went from 151/6 to 151/10 in a matter of minutes.

Malik’s over ensured Punjab did not take away the match and in reply, Sunrisers Hyderabad successfully chased down the modest target of 152 with 7 wickets and as many deliveries to spare. This was also Hyderabad’s fourth win on the trot in the ongoing edition of IPL 2022.

Quoting a photograph of Malik in action, Tharoor heaped praises on the rising talent.

“We need him in India colours asap. What a phenomenal talent. Blood him before he burns out! Take him to England for the Test match greentop. He and Bumrah bowling in tandem will terrify the Angrez! #UmranMalik”

Tharoor, however, isn’t the only one who awaits the entry of the 22-year-old pacer into the Indian team.

Former England captain Michael Vaughan recently made a big prediction that the youngster would soon be playing international cricket and has advised that he should be sent to play some county cricket this summer to help him develop his game.

“Umran Malik will play for India very soon … If I was the BCCI I would be sending him to play some County cricket this summer to help him develop first though,” Vaughan tweeted on Monday.

Malik produced a match-winning spell of 4-1-28-4 for Sunrisers Hyderabad on Sunday.