Will come out with a series: Vivek Agnihotri on The Kashmir Files 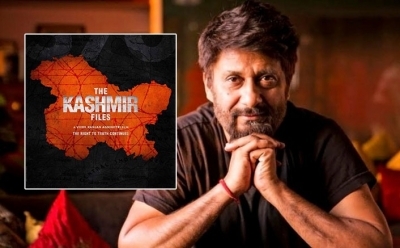 New Delhi: ‘The Kashmir Files’ is a movie about the testimonial of 700 Kashmiri Pandits, who were never heard or seen before, said director Vivek Agnihotri.
He along with the cast and producer of the movie was in the national capital to interact with the media on the movie.
He said that it took him and his team four years to research and make the movie, and the Global Kashmiri Pandit Diaspora (GKPD) helped him find and locate the Kashmiri Pandits, who were the direct victims of the violence in Kashmir.
Agnihotri said, “We have so much material that we can produce a series. All accounts are heart-wrenching ones. These are human stories… We are thinking about it… We will come out with a series.”
“The immense response that we got from the community was tremendous. These are all true accounts. Nobody knew about these. When we began with the thought, no one believed that this had happened with Kashmiri Hindus.”