Why motivated critics of India’s Economic Recovery are wrong? 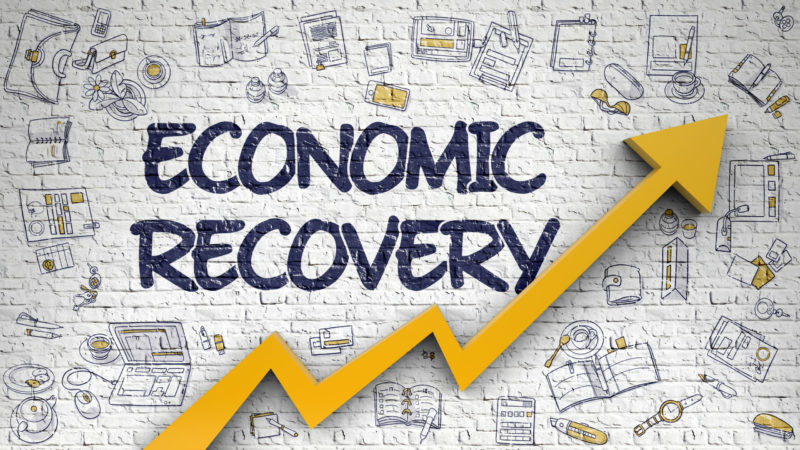 Exactly a year back, we had predicted an imminent V-shaped recovery in GDP growth after its sharp decline. At that time, most doubted the prediction. A former Finance Minister wrote “In a barren desert without any sign of water, the Finance Minister and the Chief Economic Adviser saw green shoots!” His lack of nuanced understanding was of course clear from the statement “about one quarter of the gross domestic output as on June 30, 2019, has been wiped out in the last 12 months.” Unlike the level of water in a tank, GDP is not a measure that captures the level of stock. Instead, like the amount of water flowing over a period of time, GDP measures the flow of economic activities in a period of time. Only if GDP were a stock measure could one say that the stock depleted by a certain percentage. Politics as the art of pushing convenient narratives and witnessing an obsequious audience applaud can be too compelling to incentivise the hard job of acquiring a nuanced understanding of the economy.

Let us examine the evidence. After declining by 24.4% in the first quarter last year, the economy has registered growth rates of -7.5%, 0.4%, 1.6% and 20.1% in subsequent quarters. If these numbers are plotted, the graph looks like a “V” and no other letter. Incidentally, this commentary on a K-shaped recovery is focused on sectoral patterns, not the macro-economy. Like the five fingers in a hand, sectoral patterns are never identical.

Crucially, the V-shaped recovery is testimony to the strong fundamentals of the economy – an assertion that I have consistently made after assuming office. As shown carefully in the Economic Survey 2019-20, the pre-pandemic slowdown was only due to the problems in the financial sector, which originated from the crony lending and gross mis-management of the banking sector before 2014. Research across the globe shows that the economic overhang engendered by such messing around with the financial sector lasts very long. After all, bank loans given to cronies come up for repayment 5-6 years post such dubious lending. Combined with bankers’ incentives to ever-green loans by lending to zombies, messing around with the financial sector eventually spills over to other sectors thereby creating long-lasting damage. Some commentators attribute the pre-pandemic slowdown to demonetisation and GST implementation. However, research on the economic impact during the time of demonetisation, which included the GST implementation, finds no effect on GDP growth, thereby questioning such commentary and emphasizing the strong fundamentals of the economy.

Even during the pandemic, quarterly growth patterns have only reflected the presence or absence of economic restrictions, thereby reflecting strong fundamentals again. While the Q1 decline last year followed the national lockdown, the recovery till Q4 reflected the easing of restrictions. In Q1 this year, malls, shops and other establishments were closed in most states in May and June during the devastating second wave. Google’s daily indicator of retail activity was down from its 31-March level all through Q1 till mid-July. At its peak, retail activity was down 70% from the 31-March level. Despite such supply-side restrictions on consumption, from its low base last year, consumption has grown 20%. Since mid-July, easing of restrictions has enabled significant recovery in the high frequency indicators.

Following path-breaking reforms, the economy now is poised for strong growth. The corporate sector has become leaner by cutting costs and paring down its debt, thereby ready to invest. The banking sector has become profitable and has created cushion to withstand imminent bad loans in retail and SME lending. About 88% of every rupee of expected bad loans has been provisioned by the public sector banks. Further, the capital adequacy ratios are the highest in recent times as banks have raised capital from the markets. These successive lines of defence equip the banking sector to lend for corporate investment.

In stark contrast to the double-digit inflation following the Global Financial Crisis (GFC), inflation has averaged 6.1% over the last year because of the several supply-side measures taken by the Government now. Such lower inflation in a crisis is despite the severe supply-side frictions caused by lockdowns and night curfews, which did not manifest following GFC. Also, carefully targeted and calibrated fiscal spending has ensured that India’s fiscal deficit is comparable to its peers. Because of profligate revenue expenditure, it became significantly higher compared to peers following the GFC. The supply-side measures have ensured a comfortable current account as opposed to the drastic deterioration following GFC. While $10 billion of FPI flowed out of the country following GFC, over $36 billion came in last year. FDI inflows have been about 10 times higher at $80 billion when compared to $8 billion following GFC. While the currency depreciated by close to 60% following GFC, it has held steady now.

These macro-fundamentals are supported by the startup ecosystem, which was in shambles in 2014. Not only is the number of unicorns highest ever in Indian history, the number of IPOs in August is the highest in 17 years. The unicorns have grown on the quality of their idea and not due to dynastic money or connections. This meritocracy is a wonderful sign for the economy.
In sum, unlike the economic disarray following the Global Financial Crisis, nuanced understanding and clarity in thinking have enabled India to judge and implement salutary economic policy amidst this once-in-a-century crisis.