Who smuggled 500-kg heroin into India? Check out 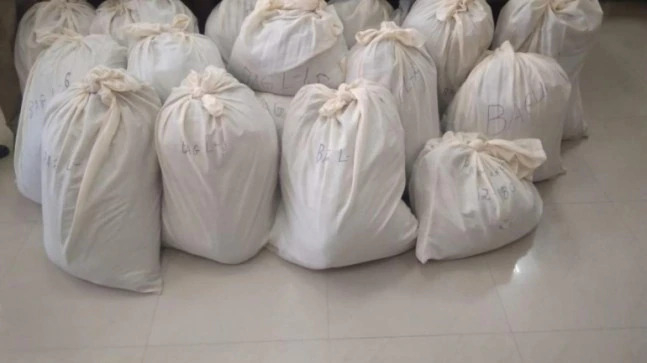 The drug was smuggled through the Pakistan-India sea route.

Earlier, 10 accused persons have been charge-sheeted in the case. The charge sheet was filed before a Special Court in Ahmedabad.

The case was initially registered by the Gujarat Anti-Terrorism Squad in 2018.

The case pertains to a criminal conspiracy hatched by the accused based in Dubai and Pakistan for smuggling and distribution of 500 kg of illegal narcotic heroin from Pakistan to Gujarat through the sea route.

This heroin was brought by Pakistani nationals in a Pakistani fishing vessel and was delivered in the Indian territorial waters near Jakhau Port in Kutch.

The accused Shahid Kasam Surma was a close associate of earlier accused persons — Arshad Razak Sota and Rafik Adam Sumra — who have been absconding since committing the crime.

Surma had stored, transported, and delivered 495 kg of the 500 kg of drugs received from Pakistan to Amritsar, Punjab, through his associates.

A red corner notice was issued against him by Interpol. He was later deported from Dubai and arrested in this case. (IANS)