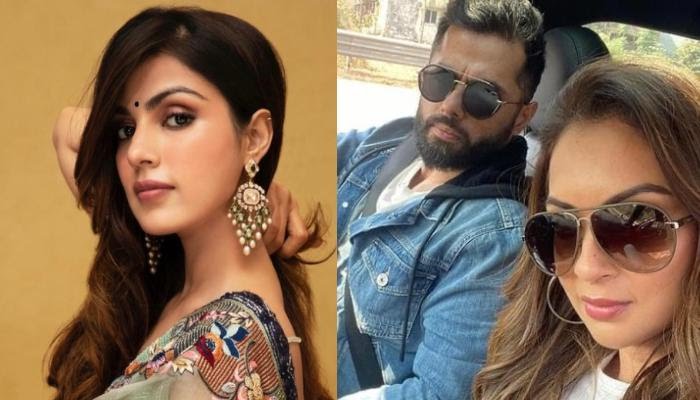 She is reported to be dating Bunty Sajdeh, the brother of fashion designer Seema Sajdeh.

According to a report in HT, Bunty owns a talent management firm that used to handle Rhea a few years ago. The report says they have started dating recently after being good friends for quite some time. “They are currently together and wish to keep this news private,” a source informed the news portal.

Bunty Sajdeh owns one of the largest talent management firms in the sports and entertainment genres. On the other hand, Bunty is the MD and CEO of Cornerstone Sport, which manages Virat Kohli, Rohit Sharma, and Shikhar Dhawan. He also has a share in Dharma Cornerstone Agency.

According to reports, Bunty was previously said to be dating Sonakshi Sinha.