Which country will host IPL this year? 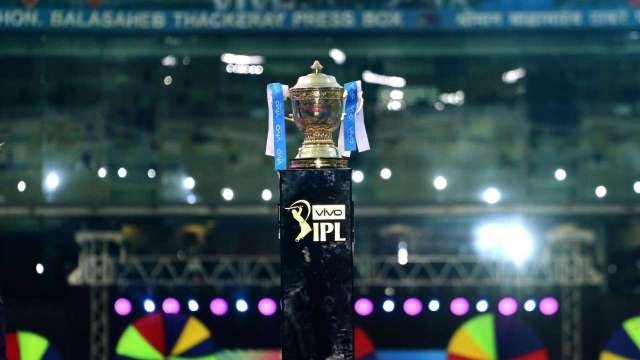 BCCI is considering shifting the Indian Premier League (IPL) to South Africa or Sri Lanka following the COVID-19 wave in the country.

Team India is currently playing three-match Test series followed by as many ODIs, as a backup. According to media reports, the BCCI is extremely pleased with the arrangements of Cricket South Africa on the ongoing tour which is the key reason why the Indian cricket board is looking at the rainbow nation as a viable option if they are not able to host the event in India.

Earlier, South Africa hosted the T20 league in 2009 due to the elections in India.

Media reports said Sri Lanka is also part of Plan B for BCCI to host the cash-rich league. The upcoming season is expected to be the longest-ever with the addition of the two new teams – Lucknow and Ahmedabad.

In the last two seasons (2021 partially), BCCI moved the tournament to the UAE after the rise in COVID-19 cases. However, the board is looking for a new country this time to host IPL.

“We can’t be dependent on UAE all the time so we decided to explore more options, South Africa’s time difference also works out well for the players,” a BCCI official was quoted by Indian Express.

According to the report, the arrangements in South Africa for the ongoing Test series have pleased the Indian cricket board.

“The place where the team was staying for the second Test is spread over several acres. There were walking tracks and even a pond on the property and that has made things easier for the players who for the last couple of years or so have been confined to their rooms on several overseas tours,” said an official.

Earlier, BCCI had planned to organize the entire league in Maharashtra, across four venues – Brabourne Stadium and Wankhede Stadium in Mumbai, DY Patil Stadium in Navi Mumbai, and Maharashtra Cricket Association Stadium in Gahunje near Pune.

However, rising cases and increasing positivity rate has forced the postponement of the Ranji Trophy and women’s T20 league and under-19 Cooch Behar Trophy.

BCCI Vice President Rajeev Shukla has stated that the cricket board will make every effort to ensure that the next edition of IPL takes place in India. Although no official dates have been set, IPL 2022 is expected to begin in early April, with the auction possibly taking place in early February.

“We will try to ensure that the Indian Premier League happens and in India. But we will see into this matter again in March, that how is Covid situation then,” Shukla told a news agency.