Which beautiful Hollywood actress has won hearts of Islamic world for supporting the Palestinian cause? 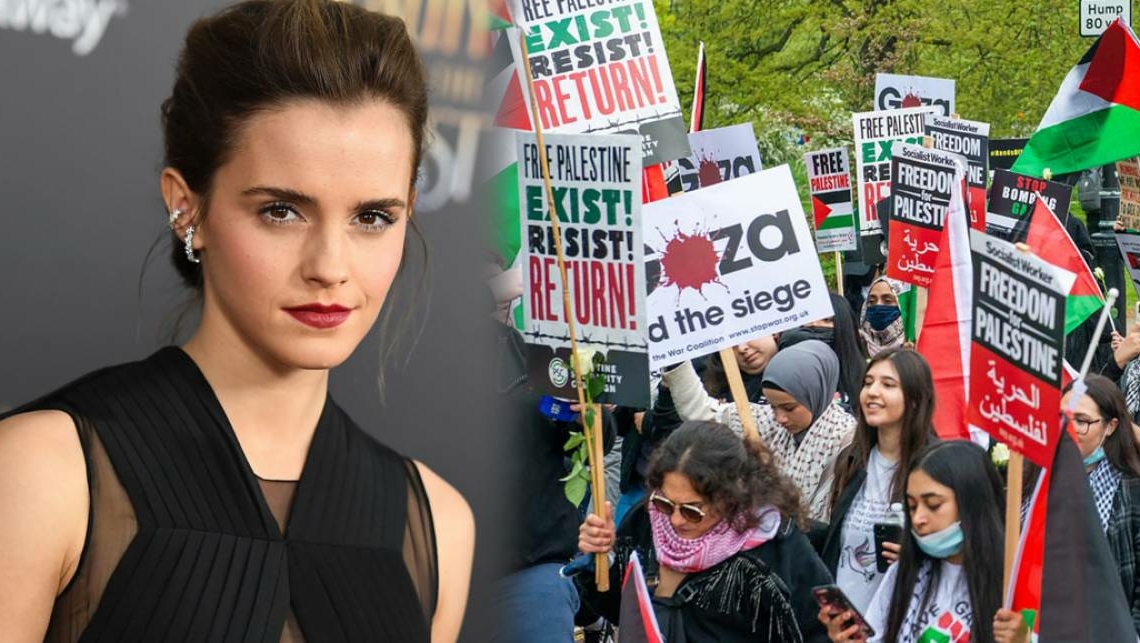 Palestinians have a new de facto ambassador in the west.British actor Emma Watson has won the hearts of the Islamic world after she supported the Palestinian movement much to the chagrin of Isreal.

The 31-year-old — who rose to fame for her portrayal of Hermione Granger in the Harry Potter movies — reposted a post originally shared by the Bad Activist Collective on Instagram on January 2.

The post includes a picture showing Pro-Palestinian supporters with the quote “solidarity is a verb”. The post’s caption included a poem by British-Australian scholar Sara Ahmed about what solidarity truly entails.

Watson’s move has received worldwide attention. Pro-Palestinian supporters on social media have hailed her support for the cause.

Watson was already in the public eye because of her appearance in the Harry Potter reunion special broadcast on January 1. Netizens have lauded how she chose to post the message while she and the reunion were trending on social media, capitalizing on the opportunity to make her post “more visible and impactful”.

However, the actor has also been on the receiving end of criticism. Israeli Ambassador to the United Nations Gilad Erdan strongly criticized her post, calling Watson an “antisemite”.

A long-held argument of the anti-Palestinian movement is that calling for a free Palestine is akin to anti-Semitism. Model Bella Hadid was on the receiving end of a lot of backlash and claims of anti-Semitism after she was vocal about her support for the Palestinian cause. Actor and activist Mark Ruffalo withdrew his support for Palestine and apologized after criticism.

Harry Potter actor Watson is a UN Women Goodwill Ambassador and has been since July 2014. She is known for her campaigning efforts in promoting gender equality, campaigns such as the HeforShe solidarity movement.