What are phosphorus bombs? Why is Russian army using banned munition in Ukraine? 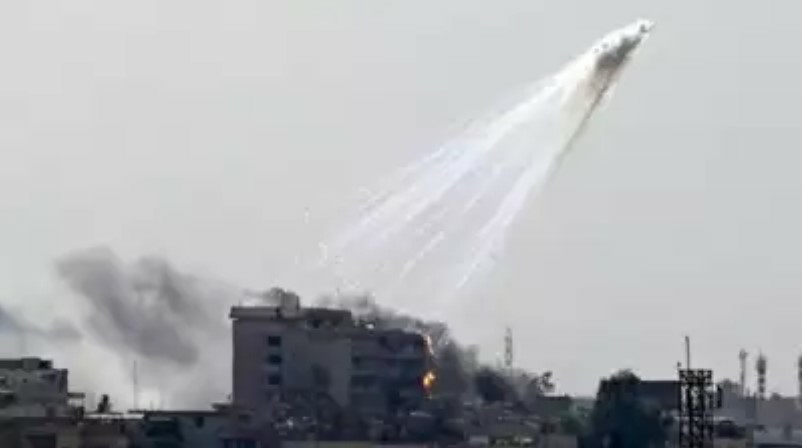 The Kyiv Indpendent reported that  Russia usef white phosphorus bombs in Hostomel and Irpin. “Russian forces targeted Kyiv’s suburbs with phosphorus bombs on the night of March 22, according to Irpin Mayor Oleksandr Markushin. The use of such weapons against civilians is banned by the Geneva Conventions,” it tweeted.

Phosphorus weapons spread a powder that ignites when in contact with oxygen and causes severe burns.

It can also be used as an incendiary weapon, burning or setting fire to military targets. Artillery shells, bombs, rockets, and grenades can be used to disseminate white phosphorus.

WP weapons can cause damage in two ways: burns and vapor inhalation, as well as direct injury caused by particles from their projectiles.

It is a weapon banned by the UN as it is used to make bombs more lethal.

Its use in open areas is legal under international law, but air-dropping phosphorus over inhabited areas is prohibited, as it endangers civilians and can result in an indiscriminate attack due to the wide dispersion of the burning fragments.

This weapon is deadly because it burns rapidly when it comes into contact with the air, generating tremendous heat and poisonous smoke that can instantly kill a person.

Its fragments reportedly penetrate deep into the human body and, in such a scenario, even if an individual receives care after a phosphorus burn, his or her chances of survival are slim as their particles continue to burn until they burn up or run out of oxygen.

According to a report published by Human Rights Watch, WP munitions are largely used by the military as an “obscurant” to provide visual cover for ground operations by obscuring the movement of troops and armor.

While thanking members of the Western military alliance for the defensive equipment provided so far, he appealed for offensive weapons.