‘We don’t believe in corona, we believe in Allah’: In Pak, people continue praying in mosques 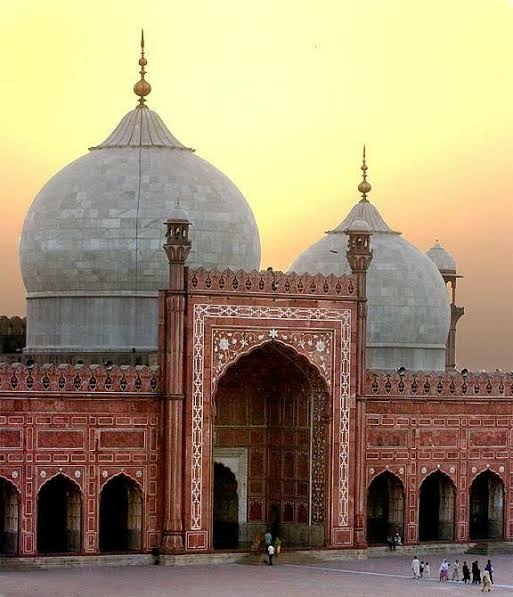 Islamabad, March 28: Worshippers crowded into mosques in Pakistan on Friday, defying warnings about the fast-spreading coronavirus and fuelling fears of a public health crisis in the impoverished country.

In contrast to many other Muslim countries, Pakistani clerics and government officials have refused to close mosques attended by millions each week, where hugs and handshakes are common.

The country’s leading religious scholars have only advised that the old and sick avoid prayers and instructed clerics to keep sermons brief.

“We don’t believe in coronavirus, we believe in Allah. Whatever happens, it happens from Allah,” said Altaf Khan, as worshippers wearing masks arrived for Friday prayers in the capital Islamabad.

Tiktok videos garnering hundreds of thousands of likes on social media in Pakistan have called for Muslims to attend mosques despite public health warnings.

“Most of the people are terrified,” said Islamabad resident Syed Ashfaq Ahmed after visiting a mosque this week.

“They went to the mosque to seek help from Allah.”

Pakistan has so far declared 1,235 confirmed cases of COVID-19 and nine deaths but there are fears that limited testing is understating the true scale of the outbreak which has infected more than 530,000 people globally.

The majority of its early cases have been directly linked to pilgrims returning from Iran, where for weeks authorities refused to close its shrines as the virus spread, exposing possibly tens of thousands of people.

In many parts of the Muslim world, countries are taking action.

Saudi Arabia has halted pilgrimages and closed mosques, while scholars in Egypt have issued a fatwa permitting the banning of public prayers to help contain the virus outbreak.

Turkey has shut mosques to mass gatherings while Muslim organisations in Indonesia called for Friday prayers to be carried out at home — though many ignored the advice.

Muslims turned out as normal in Afghanistan’s capital Kabul, however, where mosques were packed and prayer leaders called on their congregations to be brave.

“Allah will protect Muslims from disasters from the coronavirus,” a prayer leader told a crowded mosque in the city.

There has also been a mixed response in some predominantly Christian countries.

Brazil’s President Jair Bolsonaro — who was elected in 2018 with the backing of the country’s burgeoning evangelical Christian community — declared churches exempt from virus containment measures.

Most places of worship in Brazil have already suspended services because of the outbreak, often broadcasting them online instead, but some prominent religious leaders have refused.

And US President Donald Trump said Tuesday he looked forward to “packed churches” over Easter, just three weeks away, when he hoped the virus would be under control.

Pakistan has a long history of failing to contain infectious diseases such as polio, tuberculosis and hepatitis due to decades of underinvestment in its health sector that has left hospitals with few basic supplies and vital technology needed to face any crisis.

But Prime Minister Imran Khan has repeatedly refused to interfere in the issue of shutting mosques or even order a country-wide lockdown, citing the economic damage that could be unleashed.

“Religion is always the weakest link of the state institutions. The government fears the reaction from the clergy,” said Amir Rana, director for the Pakistan Institute for Peace Studies.

“The clergy has the ability to challenge their religious credentials and cause political damage.”

But some provincial leaders have taken measures into their own hands, while the military has fanned out across the country to help keep order.

Only the southern Sindh province has issued orders to cancel Friday prayers, while other provinces published varying restrictions that stopped short of an outright ban.

The measures had some impact in Peshawar’s historic Mahabat Khan mosque in Khyber Pakhtunkhwa, where just dozens attended Friday prayers compared to the usual thousands.

The country’s science minister lashed out at Pakistan’s clerical establishment on Twitter, saying the “ignorance of the reactionary religious class” was responsible for the continued spread of COVID-19.

Even still many say gathering for prayers is important during such dire times.

“The government needs to take the lead.” (AFP)