We are not militants: Farooq calls for equality 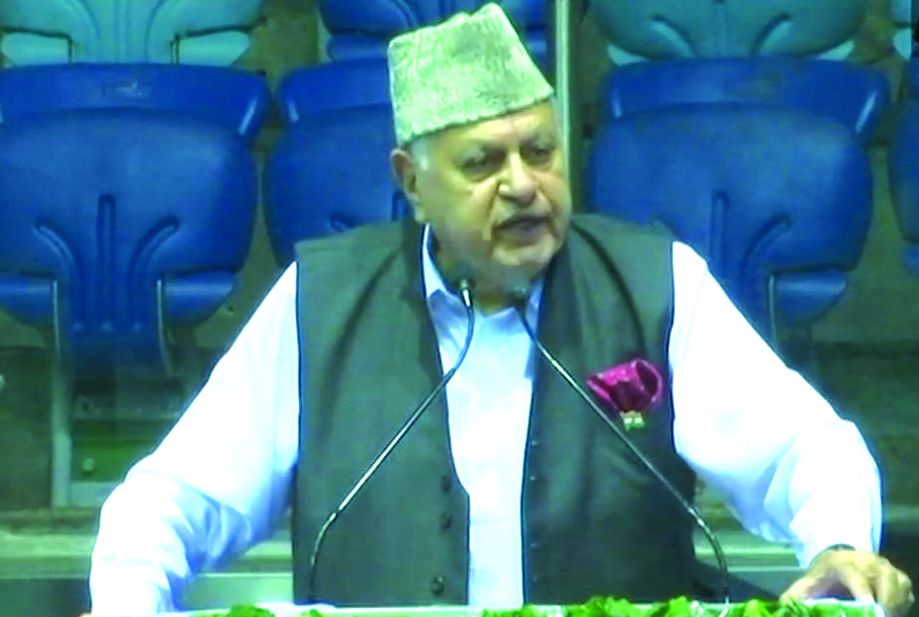 New Delhi, August 16: Kashmiris are not militants, said National Conference (NC) president Farooq Abdullah on Thursday, while adding that he will not accept the idea of a nation sans equality.
Farooq, while addressing an event here in Delhi, urged for adopting ideals of Mahatama Gandhi who strongly propagated secularism.
“We (Kashmiris) are not militants. We don’t want to separate from the nation. But at the same time we will not support the idea of a nation where its people are not treated equally. No matter if a person is Hindu, Muslim, Christian or a Sikh all should be treated equally. We want Gandhi’s India, a secular India,” said Farooq.
During the meet of ‘Sanjhi Virasat Bachao Sammelan’, Jammu and Kashmir National Conference (JKNC) leader Farooq Abdullah said that he wants India of Mahatma Gandhi’s dream. He added, “Hum aantankwadi nahi hai, Bharat se alag nahi hona chahte, bharat virodhi nahi hain, lekin hum us Bharat ko tasleem nahi karenge jahan barabari nahi hai insaan ki, chahe vo Hindu ho Musalman ho Sikh ho, Isaai ho.
Vo Bharat chahiye jiska khwab Gandhi ne dekha tha”. Congress party leaders along with leaders from 17 Opposition parties converged in New Delhi’s Talkatora stadium on Thursday for the sixth edition of ‘Sanjhi Virasat Bachao Sammelan’.
Congress president Rahul Gandhi and former Prime Minister Manmohan Singh were present at the event.
On Saturday, Farooq strongly opined that he will fight for special rights given to the state of Jammu and Kashmir under the article 35A.
Asserting that he will fight for the special provision until his death, the NC president underscored that the fallout of any tinkering with the Constitutional provision would be difficult to control.
Article 35A, which gives special rights and privileges to the people of Jammu and Kashmir, is currently facing a legal challenge in the Supreme Court.