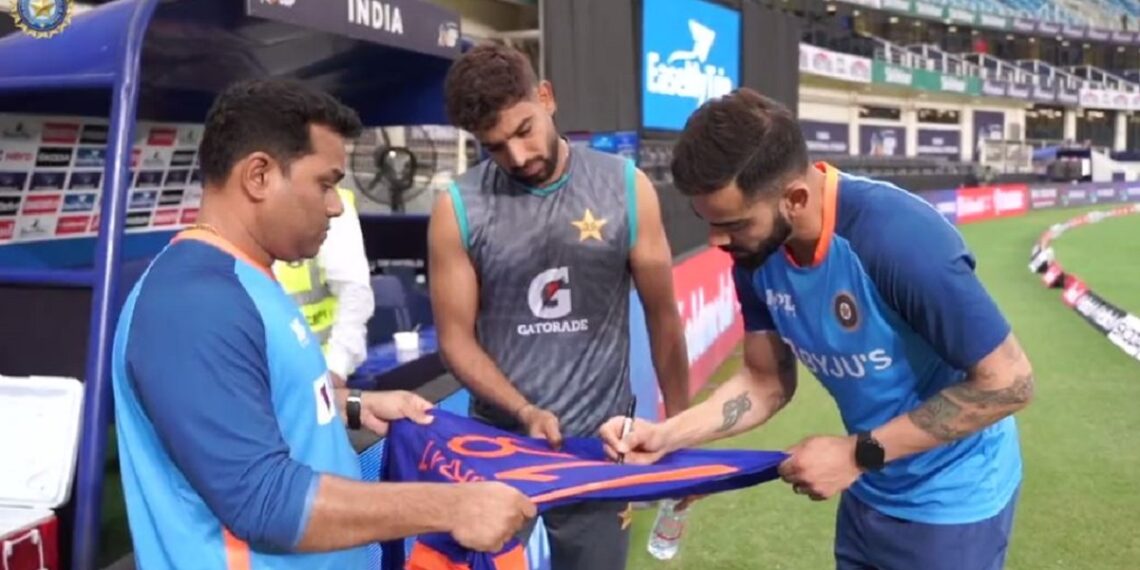 Dubai: Former India skipper Virat Kohli’s gesture of handing over an autographed jersey to Pakistan pace bowler Haris Rauf has fans appreciating the gesture, with the video of the moment posted by the Indian cricket board after the Asia Cup win over the arch-rivals going viral.

Virat can be seen interacting with the 28-year-old right-arm pace bowler following India’s five-wicket victory against Pakistan at the Dubai International Stadium, before the charismatic cricketer signs and gifts the jersey to the pacer.

The BCCI posted a video of the moment on social media and tweeted, “The match may be over but moments like these shine bright. A heartwarming gesture by @imVkohli as he hands over a signed jersey to Pakistan’s Haris Rauf post the #INDvPAK game.”

Thousands of fans took to twitter to appreciate Kohli’s gesture. “Wholesome moment,” tweeted a fans, while another wrote, “The things we love to see.”

“That’s why, He is King. Great cricketer and great person @imVkohli,” tweeted another fan.

Kohli, while far from being impressive in the chase of 147 in the Asia Cup opener against Pakistan, played a noteworthy knock of 35 as India defeated the rivals with just two balls to spare.

Rauf didn’t make much of an impact in the game, scoring an unbeaten 13 at the back-end and going without a wicket in his four overs, conceding 35 runs at an economy of 8.75.