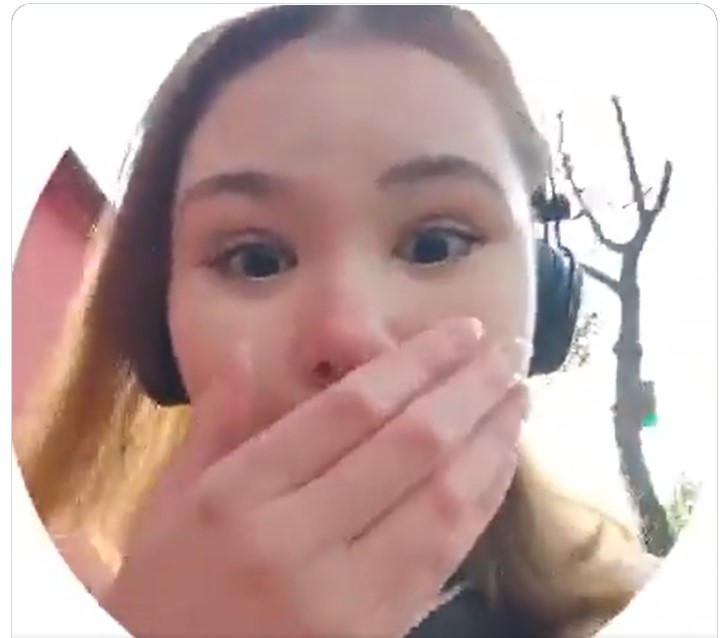 A Russian missile strike was caught on camera when a girl was recording a selfie video in Kyiv.

In the video, the girl can be seen filming a selfie video when a missile strike the street of Kyiv. Although the camera was in selfie mode, a glimpse of the explosion got recorded in the video.

The video has become viral after it was posted on Twitter.

Ukrainian officials say a number of people have been wounded in further missile attacks on Zaporizhzhia overnight. Zaporizhzhia has been hit repeatedly in recent weeks, with dozens of people killed.

Earlier, India advised its citizens to avoid all non-essential travel to and within Ukraine.

The advisory comes hours after Russia carried out strikes against multiple Ukrainian cities, including Kyiv. Police said at least 10 people were killed and around 60 others were wounded in the attacks across Ukraine.

“In view of the current escalation of hostilities in Ukraine, Indian nationals are advised to avoid all non-essential travel to and within Ukraine. They must strictly follow the safety and security guidelines issued by the Ukrainian government and local authorities,” the advisory issued by the Indian Embassy in Kyiv said.

Indian nationals are requested to keep the Embassy informed about the status of their presence in Ukraine to enable the embassy to reach out to them, where required, it added.

In New Delhi, External Affairs Ministry Spokesperson Arindam Bagchi said the escalation of hostilities is in no one’s interest and noted that India stands ready to support all such efforts aimed at de-escalation of the situation.

“India is deeply concerned at the escalation of the conflict in Ukraine, including the targeting of infrastructure and deaths of civilians,” he said and urged the immediate cessation of hostilities.