Watch: Three young boys battle snake to save their dog 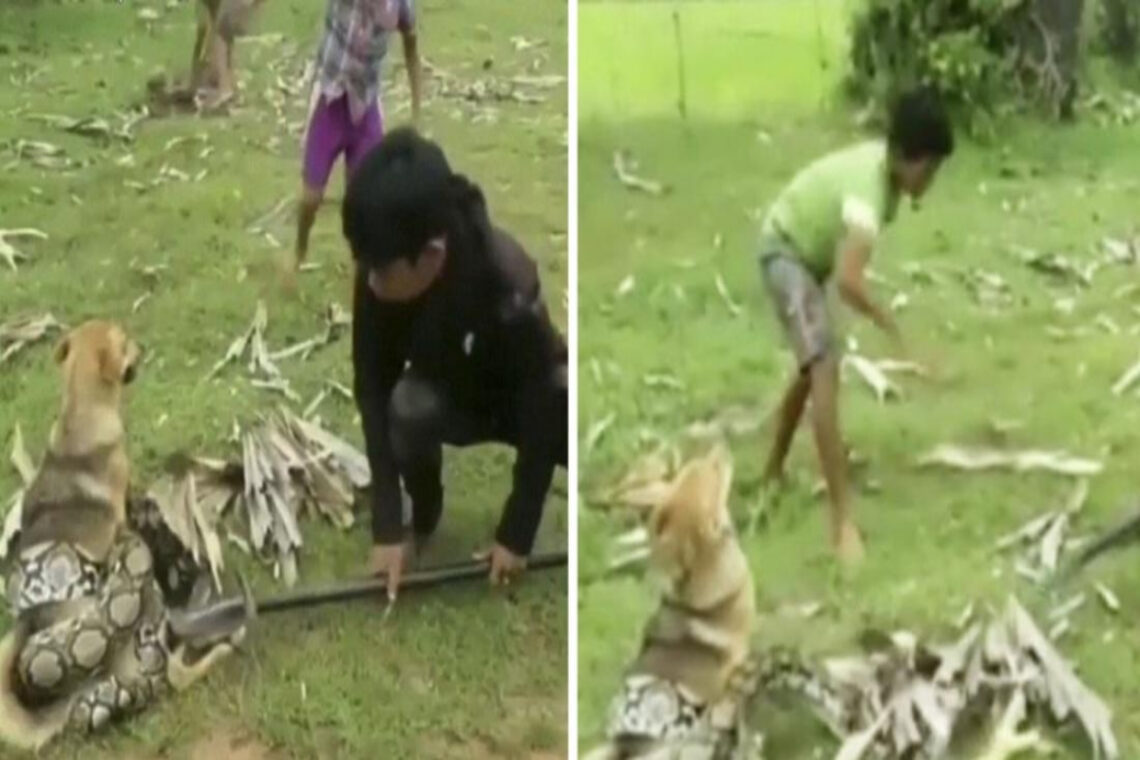 An older boy is seen attempting to press the massive snake’s head to the grass while two younger boys attempt to free their dog from its grip.

The boys threw leaves at the snake, while the older boy used what looked to be a metal table leg to seize the grip of the snake’s head.

The dog seemed to be rather perplexed by the incident.

Even though this may seem like a hard thing to do, the three boys were very brave to save the dog.

The three young boys were very brave and were able to grab the snake at both ends and pull it in different directions, which made it let go.

Due to their efforts, the dog was uninjured.

It remains unknown what happened to the snake and where the video was shot.

After being posted online, the video received over 2 lakh views. People on the Internet were impressed by how brave the boys were and said so in the comments section.

“Hats off to them,” one person remarked.

Another user commented, “Brave boys fought hard till the end to save their buddy. Proud of you guys. “