Watch this bizarre own goal from Tottenham defenders against Chelsea. 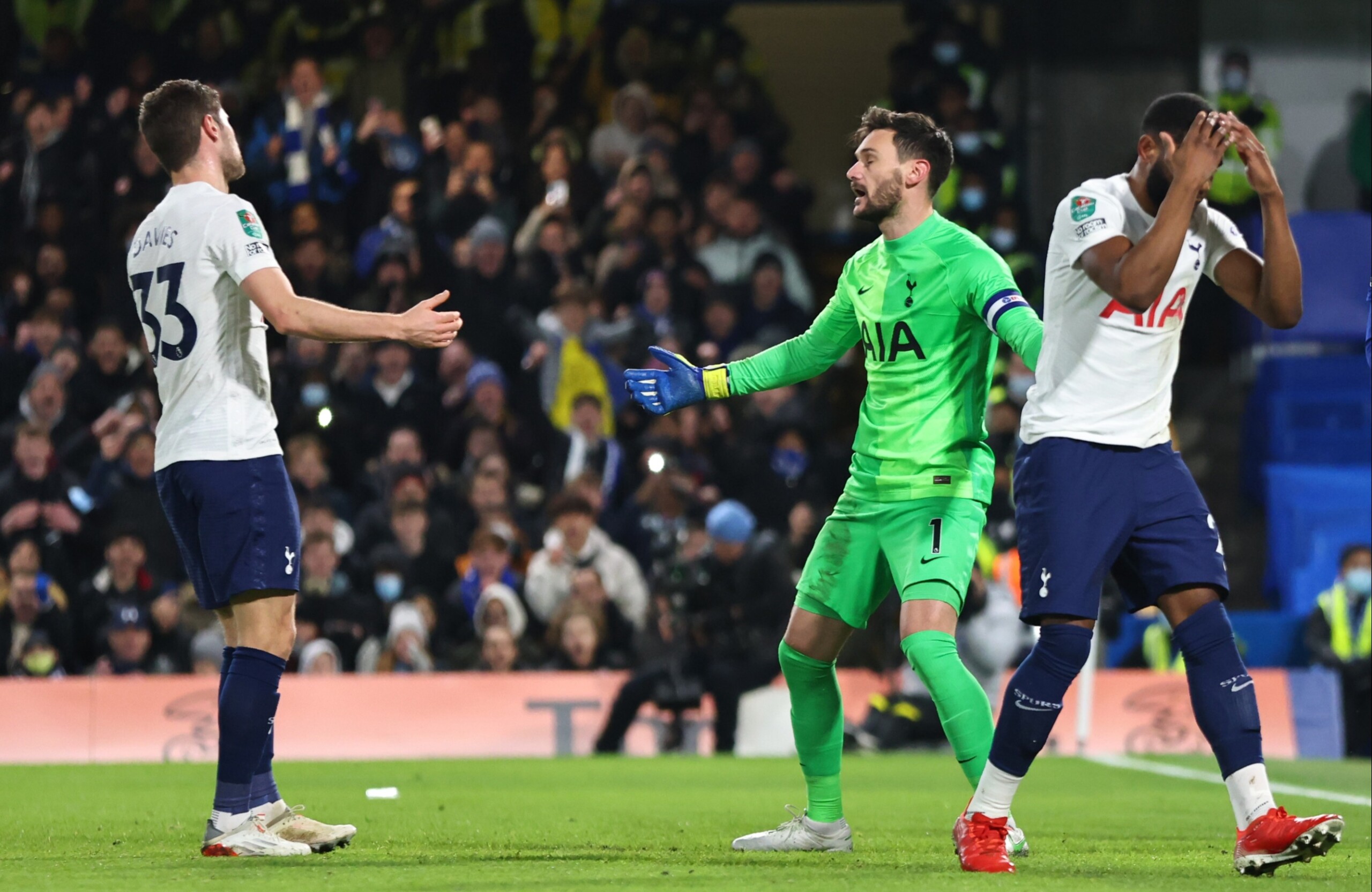 Ben Davies scored an unfortunate yet bizarre own goal for Tottenham Hotspurs against Chelsea in their Carabao Cup semi-final first leg.

Chelsea came out on top of their first leg sem final clash with London rivals Tottenham Hotspurs at Stamford Bridge with a convincing 2-0 win. The Blues were missing a few players, notably from full-back, with Ben Chilwell and Reece James missing for a significant period.

However, those absentees did not deter Thomas Tuchel’s side from dominating proceedings, as Chelsea stamped their authority in the game right from the first whistle. Their influence yielded rewards after a mixup between Japhet Tanganga and Emerson Royal on the right side gave Marcos Alonso the chance to steal possession. Kai Havertz smashed a shot, which deflected off Davinson Sanchez to give Chelsea the lead.

While that goal was still given as a Havertz strike, the second one was as pure an own goal as you would have seen. In a rather bizarre way, it was Tanganga again at the forefront. The defender came out strongly before anyone to head away Hakim Ziyech’s freekick, which only found the head of teammate Ben Davies,  and went inside the net.

It’s rather unfortunate for Davies because the goal will have his name underlined beneath. Davies had no choice here, and much of the blame is passed on to Tanganga again for his poor headed clearance. Spurs will now host Chelsea in the second leg in the Tottenham Hotspurs Stadium in seven days, hoping to close down the 2-0 deficit created in this game