WATCH: Vehicles lose control, slam into each other on frozen Kashmir road 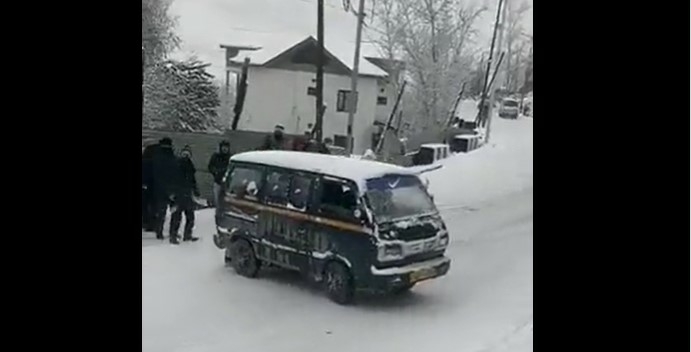 Srinagar: It is a common sight to see vehicles skidding after a snowfall in Kashmir valley.

While a video of a skidding SUV at North Kashmir ski resort Gulmarg had gone viral recently, today a skidding van led to a road accident on another icy road in J&K.

In the video, the driver of the van lost control after his vehicle skidded. While a nearby Alto car driver managed to save his vehicle from a crash, another van can be seen appearing in the video.

Due to the icy road, the van bumped into the other van that had already skidded off.

Such accidents can be avoided if the drivers use chains on tyres, avoid applying brakes and drive slowly on icy roads. Unfortunately, people especially drivers of passenger and commercial vehicles often do not follow road safety guidelines after snow that leads to accidents.