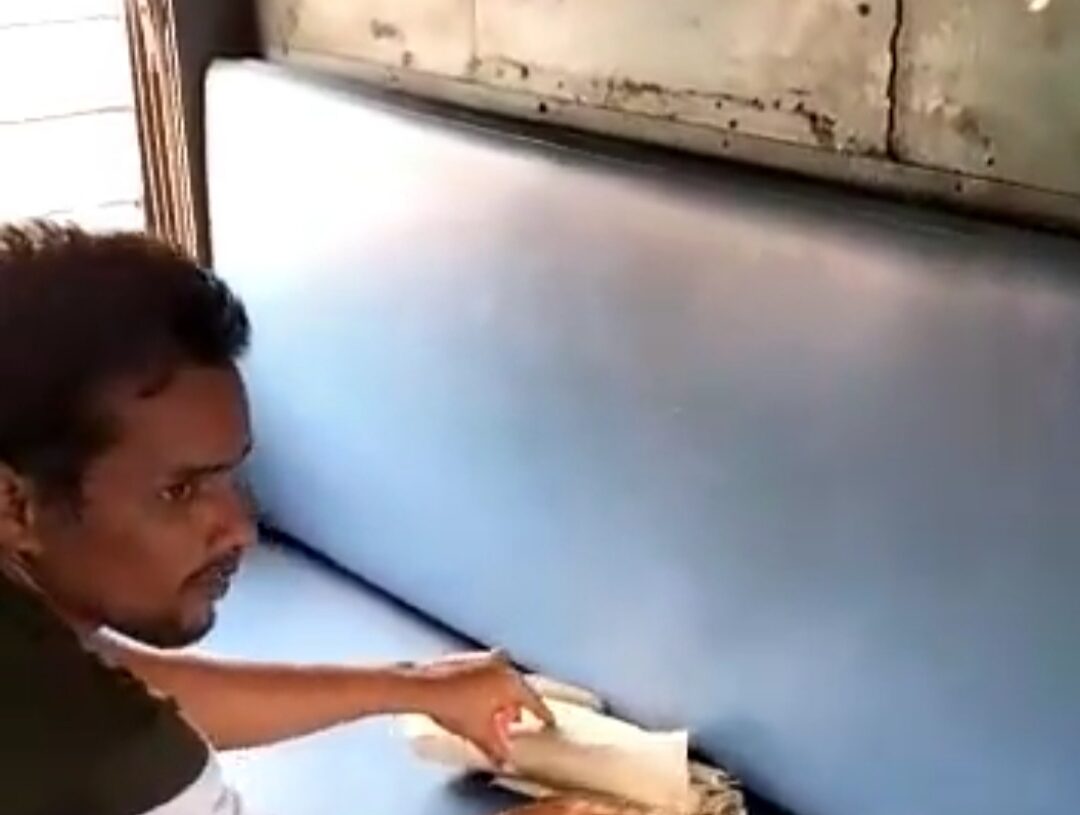 Shocking visuals of an Agnipath protestor burning a train have emerged on social media.

In one of the videos, one of the suspects in Secunderabad railway station violence could be seen setting a coach on fire.

“Prithviraj, one of the suspects in the Secunderabad railway station violence case has been arrested by police. He asked his friends to take videos and later shared them on SM platforms,” tweeted ASIF YAR KHAN

On June 17, protestors went on a rampage at Secunderabad railway station in Hyderabad to protest against the Agnipath scheme. Police opened fire in which a student from the Warangal district was killed and over 15 others suffered injuries

Later railway police registered a case under sections 307 (Attempt to murder), 147 (rioting) of the Indian Penal Code (IPC), and under various sections of the Indian Railways Act. Subba Rao, a native of Andhra Pradesh, has been identified as one of the main accused and instigators of the violence.

On June 20, officials identified Madhusudhan, a 20-year-old, from Yellareddy in Kamareddy district as one of the keys accused in the case.