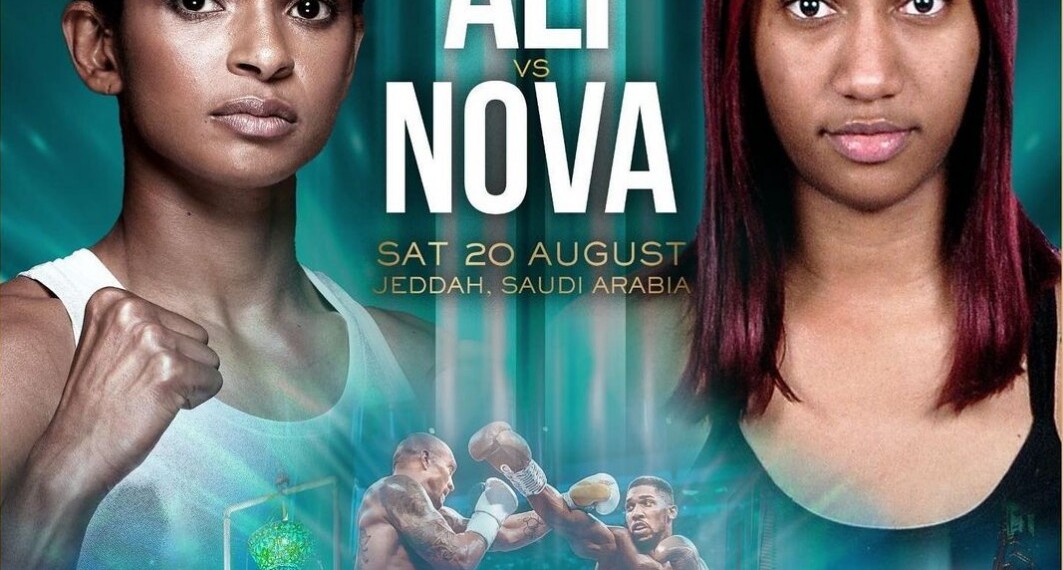 Riyadh: Call it a new beginning, two women will compete in a professional women’s boxing match at the King Abdullah Sports City Arena in Jeddah on Saturday.

British-Somali fighter Ramla Ali, 32, will take on Dominican Republic’s Crystal Garcia Nova, which will be held on the sidelines of the World Heavyweight Boxing Championship rematch ‘Rage on the Red Sea’. She will be the first Muslim woman to enter the boxing ring in Saudi Arabia.

Ali is used to making history having become England’s first Muslim fighter to claim an amateur title in the country and she will etch her name into the record books alongside her opponent as they become the first females to fight professionally in Saudi Arabia, media reports said.

She hopes the two will inspire Saudi women and girls to pursue boxing in a country that has only recently begun to allow women to compete in the sport.

The Kingdom of Saudi Arabia attaches great importance to the development of sports by hosting many international events in various sports with the aim of excellence in many games in participation and organization in line with the vision of the Kingdom 2030.