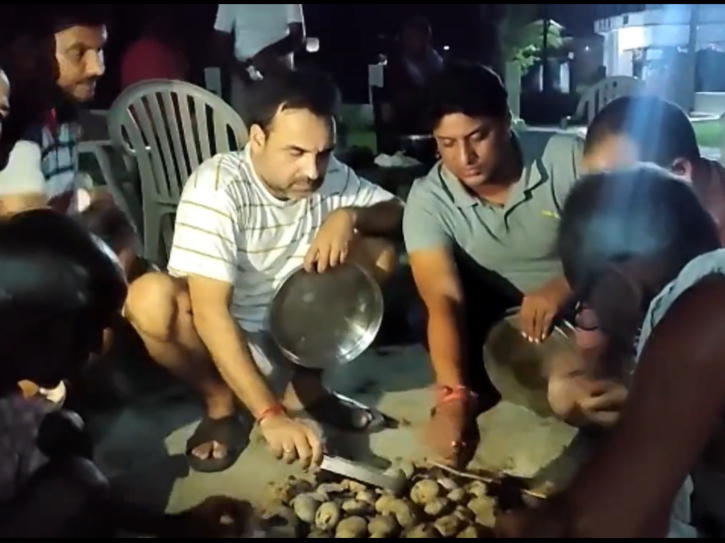 Pankaj Tripathi is undoubtedly the king of OTT. From Mirzapur to Criminal Justice, the actor has proved his mettle. Despite huge success, his feet are firmly on the ground.  This was again proved when the actor spent his holidays in his village.

Unlike other Bollywood and TV stars who prefer foreign locations,  Pankaj Tripathi went to his village in the Gopalgunj district of Bihar and lived like an ordinary villager. He cooked Litti Chokha, bathed under a tubewell, and enjoyed

A video has now gone viral in which the actor can be seen cooking Litti Chokha. He does it in the traditional style – sitting in a squatting position in a circle beside a coal fire baking the Litti.

Hailing from Bihar’s Belsand village, he had his higher studies in Patna, where his life eventually took a turn for the best.

“I used to work in a hotel kitchen at night and do theatre in the morning. After finishing my night shift – I did it for two years – I used to come back and sleep for five hours and then do theatre from 2-7 pm and then again hotel work from 11-7 in the morning,” he had told a news agency.