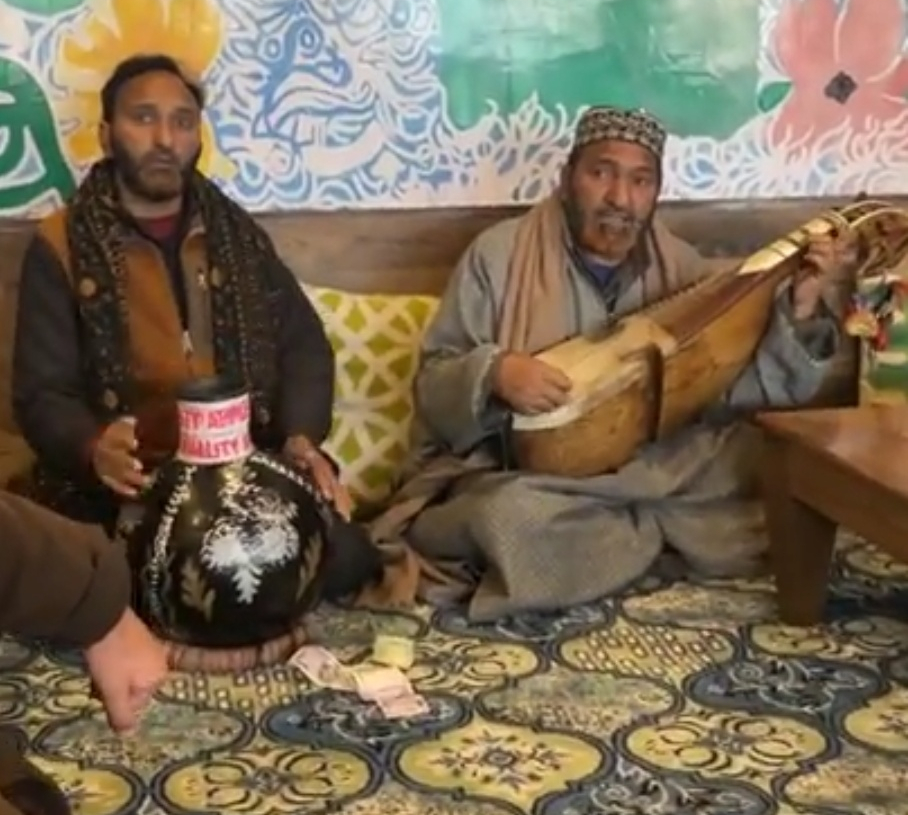 Srinagar: The trend of having live musical performances at restaurants is picking up in the Kashmir valley.

And popular folk and Sufi singer Noor Mohammad Shah seems to be the most popular choice when it comes to having a live performance.

Videos of Shah, who is a YouTube sensation, were first uploaded by netizens during his door-to-door performances.

However, of late, Shah can be seen performing at restaurants when people have lunch, dinner or tea.

On Sunday, Shah performed at Tarboosh, a popular restaurant in the Magam area.

“We thank Mr Noor Mohammad Shah for making our day wonderful especially our Guests who enjoyed your songs with your mesmerizing voice.You are so humble and God fearing. Thanks Again!!!” Tarboosh Foods wrote on its Facebook page.

Shah, who hails from Handwara in Kupwara district, said he will continue to perform Sufi songs only and play ‘rabab’ – a traditional musical instrument.

“I started singing as a child. I had once sung at the house of a Sufi saint in my village. When people heard me, they said there is ‘roohaniyat’ (spirituality) in my voice and that is when I decided to become a singer. I later started playing rabab for the troupe of folk singer GM Shah. I have gone through tough times before too but I will not stop singing. Sufi music is divine and I sing for God. I will continue to sing Sufi songs in my style,” Shah had told The Kashmir Monitor in a recent conversation.