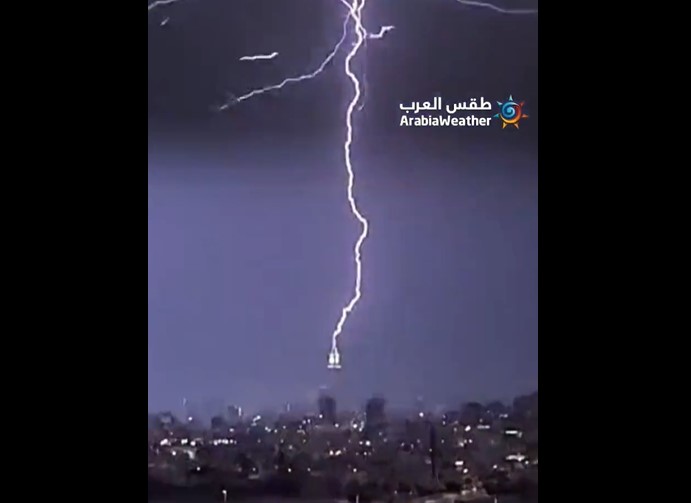 In Saudi Arabia’s Mecca, the footage of a lightning strike on a clock tower has gone viral. It’s a wet night when lightning hits the building and subsequently lights up the sky in an amazing manner in the video.

Over 61,000 people have seen the video since it was posted on August 5. Retweeted by a number of other Twitter users who were also taken aback by the sight.

Thunderstorms and heavy rain have lashed regions of Saudi Arabia in recent days. According to Al Arabiya, the United Arab Emirates is experiencing “the wettest weather for decades.”