Watch: Khabib Nurmagomedov having a friendly face-off with Cristiano Ronaldo 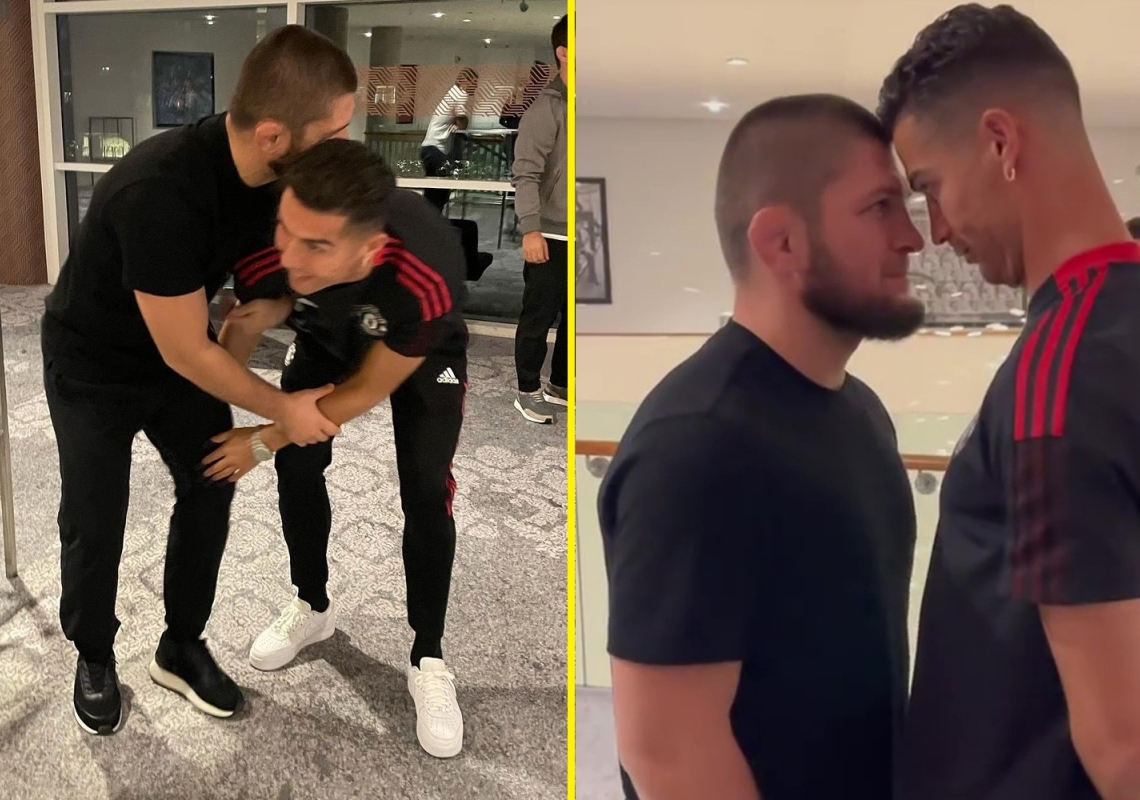 In a short clip and photos of his meeting with the footballers, he also shared a snippet that resembled the pre-game face-off before UFC fights. Both, Ronaldo and Nurmagomedov donned an intense look while coming face-to-face against each other before the friendly duel turned into a warm embrace. They also exchanged a friendly bout of wrestling but with huge smiles on their faces.

Nurmagomedov shared these moments on social media and wrote:

“He is a best ever, keep doing your things Champ, you inspire millions of people around the World @cristiano.”