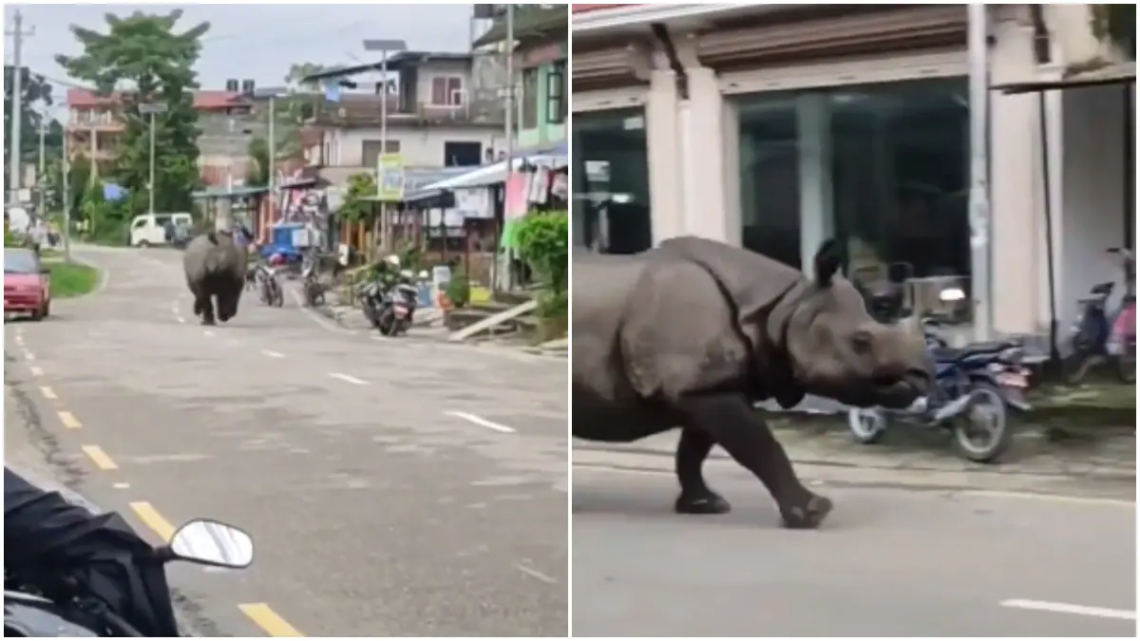 A video of Rhino straying into the habitation is breaking the internet.

Experts said due to the disturbance of their habitat, the wild animals are straying into habitations in the country

The video was posted by IFS officer Susanta Nanda. “When the human settlement strays into a rhino habitat… Don’t confuse with Rhino straying into a town”. The video shows a rhino running through an empty street of a populated town. There are a lot of onlookers visible in the background, and a person can be seen scrambling out of a rickshaw and inside a house to get out of harm’s way.

A similar incident had happened in Manas National Park, Assam, where an agitated rhino was seen attacking a tourist vehicle. The visitors were saved by forest guards.