WATCH: How youth stole gold ring at a shop in Kashmir 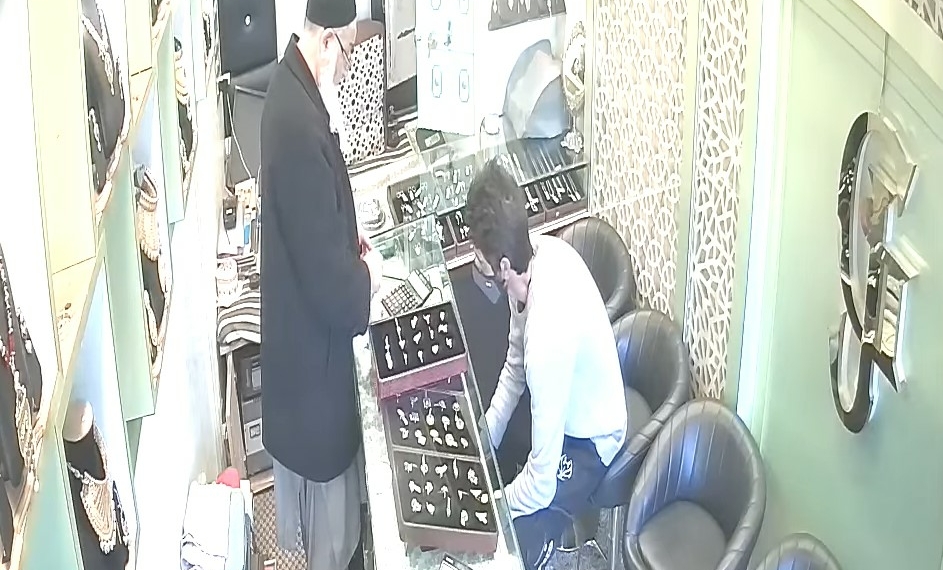 Srinagar: A thief was caught on closed-circuit television (CCTV) stealing a ring at a jewelry shop near Amira Kadal.

The thief not only stole the ring but replaced it with a fake one.

The video of the theft was shared by the owner of the jewelry store on Facebook.

In the video, a youth poses as a customer and checks gold rings placed in a box. He later steals a ring and places a fake one instead.

Interestingly, the youth has not been located yet but his family came to look for him.

“The youth is still missing but his family came to look for him. They said he was missing from home as well,” the jewelry store owner told The Kashmir Monitor.

However, the owner said the ring had not been recovered yet.