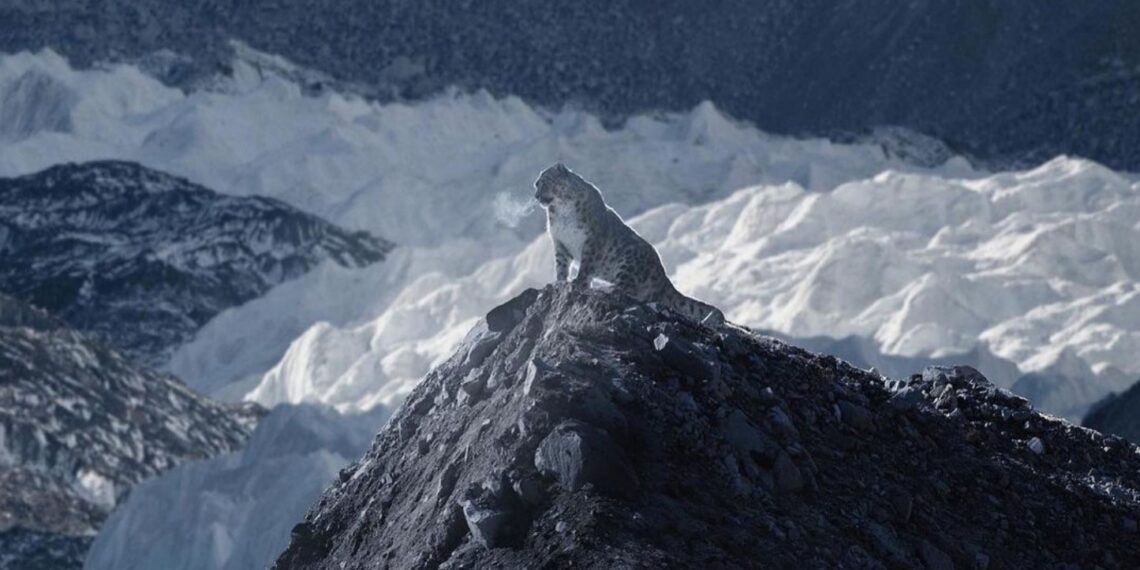 A wildlife photographer trekked over 165 kilometres in the bone-chilling cold to capture breathtaking images of a highly elusive snow leopard.

Kittiya Pawlowski posted her heartwarming story on Instagram about clicking snow leopards. She had to get ready at 4 AM and climb the Himalayas to capture some elusive creature in some stunning backdrops that shows a snow leopard sitting atop a “field of ice pinnacles called Phantom Alley” in Khumbu glacier in Nepal.

“A snow leopard sits atop a chasm above a field of ice pinnacles called Phantom Alley. October 9, the full moon washed the icy Himalayan peaks in ghostly light, obviating the need for a headlamp. Overnight, flurries of fine snow particles filled the air, soaking my sleeping bag in icy dew. Snow leopards are most active around dawn and dusk. At around 4 A.M. I put on my boots and set out. The night had a cold, phantasmal beauty. With 25 pounds of camera gear, I headed Northeast of Gorak Shep and crossed a frozen lakebed. The snowy mountain slopes glittered like they were sown with diamonds,” she wrote.

In another Instagram post, Pawlowski shared some stunning images of the snow leopard amid Mount Everest and Mount Pumori. “After backpacking through Earth’s most forbidding terrain, lung-starving altitudes, soaring peaks, and high deserts – this was the most difficult and rewarding set of photos I’ve ever taken,” she wrote.