Watch: How the world’s tallest woman traveled by plane 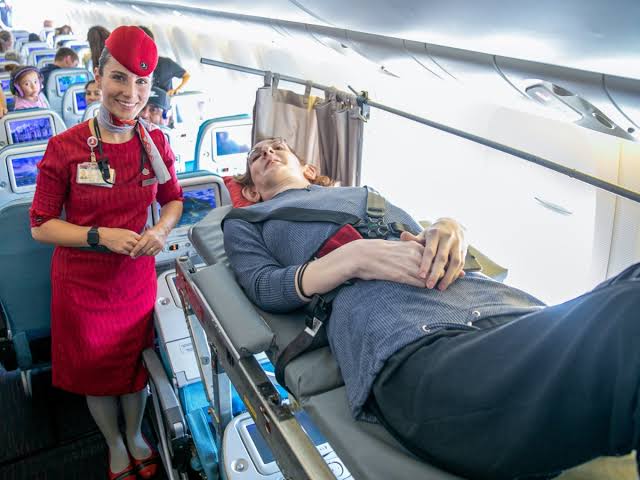 Ankara: For the first time, the world’s tallest woman flew in a plane.

To enable the world’s tallest woman to travel abroad, Turkish Airlines modified one of its planes specifically for her, removing six seats from the plane and replacing it with its own bed.

Gelgi took a 13-hour flight from Istanbul, Turkey to San Francisco in the United States.

This is the first time that Gelgi has been able to travel by air as her height did not allow it even when she was young.

After her travel, Gelgi posted on her Instagram account to her 19,500 followers, saying, “A flawless trip from start to finish. This was my first flight by plane, but it certainly won’t be the last.”

Gelgi, who works in the technology software industry in the United States, will stay for at least six months to further her career and collaborate with Guinness World Records.

It is noteworthy that Gelgi is the first person to be diagnosed with Weaver syndrome in Turkey, which is the 27th confirmed case in history.