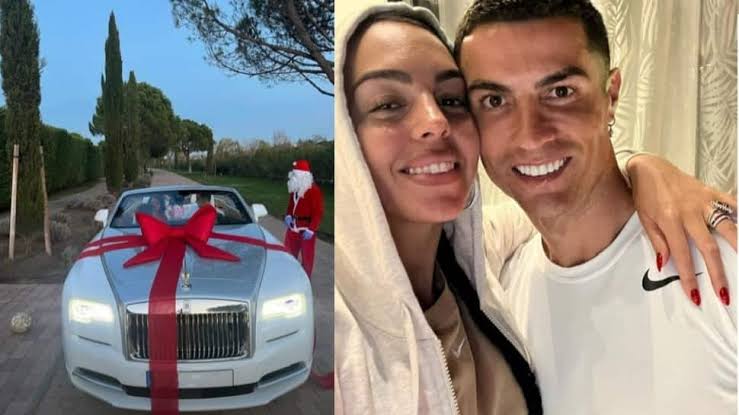 Football star Cristiano Ronaldo has received a Rolls Royce Dawn worth Rs 7 crore in the Indian currency as a Christmas gift from girlfriend Georgina Rodriguez.

Ronaldo posted a photo of it on his Instagram account. Georgina Rodriguez has also posted a complete video of the player’s response to his new convertible.

The video shows an awestruck Ronaldo, who was walking out to the front of the house towards the porch where the Dawn was parked with red-coloured ribbons wrapped around it.

Ronaldo, along with Georgina and their children, are seen getting into the new vehicle for a short spin. A few hours later, Ronaldo also thanked Georgina for giving him the Rolls-Royce Dawn as a Christmas gift.