Watch: Chand Nawab puts up for auction his viral video that inspired a scene in ‘Bajrangi Bhaijaan’ 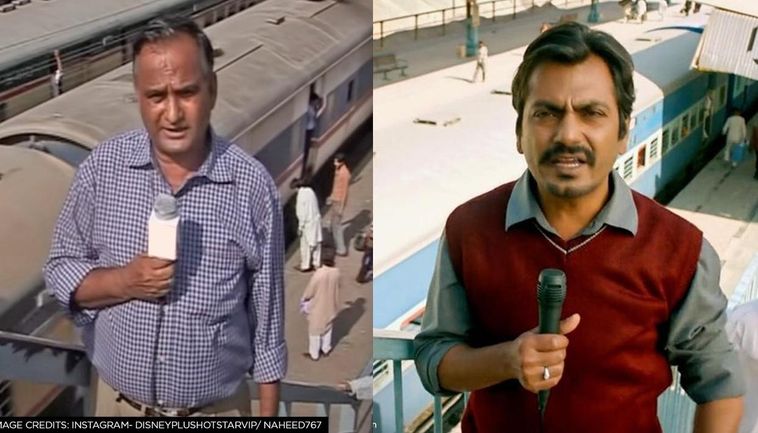 Chandigarh: There would hardly be anyone who wouldn’t remember Salman Khan’s superhit film ‘Bajrangi Bhaijaan’ and Nawazuddin Siddiqui as ‘Chand Nawab’ in the film.

Nawaz played the character of a journalist who when seen first in the movies is reporting from Karachi railway station during a festival time and is continuously interrupted by passengers.

Nawazuddin Siddiqui’s character in ‘Bajrangi Bhaijaan’ was inspired by a real Pakistani TV journalist Chand Nawab and the scene at the railway station actually happened for real.

Pakistani TV journalist Chand Nawab, who grabbed a lot of attention in 2008 after uploading his BTS of reporting.

But little did people know that Nawazuddin Siddiqui’s character is actually inspired by a real Pakistani TV journalist Chand Nawab who got famous in 2008 when he uploaded his BTS of reporting.

The real Chand Nawab got famous after Bajrangi Bhaijaan came on the silver screen and is now making headlines again.

Now, Chand Nawab’s viral video ‘Karachi Se’ is up for auction as a Non-Fungible Token (NFT) on the foundation app. The bid, price you may ask? Well, the minimum bid price to purchase the Pakistan journalist’s viral video is 20 Ethereum tokens or USD 63,604.20 (which is Rs 46,74,700 approximately). Watch the old viral clip here: In the auction platform, Nawab wrote, “I’m Chand Nawab, a journalist and reporter by profession. In 2008, a video of me surfaced on YouTube in which I fumbled while reporting Eid festival frenzy at a railway station. While reporting, I was constantly interrupted by people, my fumbling and constant irritation made this video viral getting millions of views on YouTube and Facebook.”

Shot and uploaded in 2008, at the time Nawab was with a Karachi-based news channel and was seen trying to report the Eid festival frenzy on a stairway of a railway station in Karachi. He was repeatedly interrupted by passengers which irritated him and made him fumble. His fumbled reporting and facial expressions made the video go crazily viral.