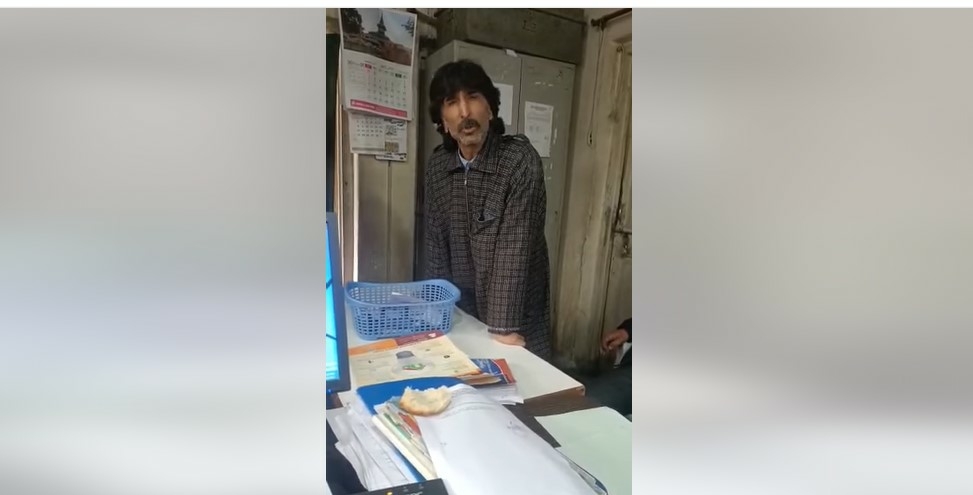 The video begins with the Kashmiri man, referred to as ‘Javed bhai’ by netizens, singing the hit song ‘Maine yeh dil tumko diya’ of the 1992 movie ‘Jaan Tere Naam’.

And as soon as a man in the background tells him to do some ‘action’, ‘Javed Bhai’ suddenly enacts the Coolie climax scene.

Interestingly, Amitabh Bachan had played the role of Iqbal Aslam Khan, a railway coolie in the movie.

While the 1983 film was declared a super hit across India, ‘Coolie’ had run to packed houses in Kashmir too. There used to be hordes of people outside the city’s Palladium cinema where the movie was screened.

And Amitabh’s Muslim character in the film had then struck a chord with his Kashmiri fans. Those days in 1983, a particular number of the movie ‘Mubarak ho tum sabko Haj ka mahina, na thee meri qismat ki dekhoon Madina…..’ would be heard everywhere from local buses to shops in the neighborhood.

Film ‘Coolie’ had created a buzz even before its release as Amitabh was seriously injured during a fight sequence with co-actor Puneed Issar.