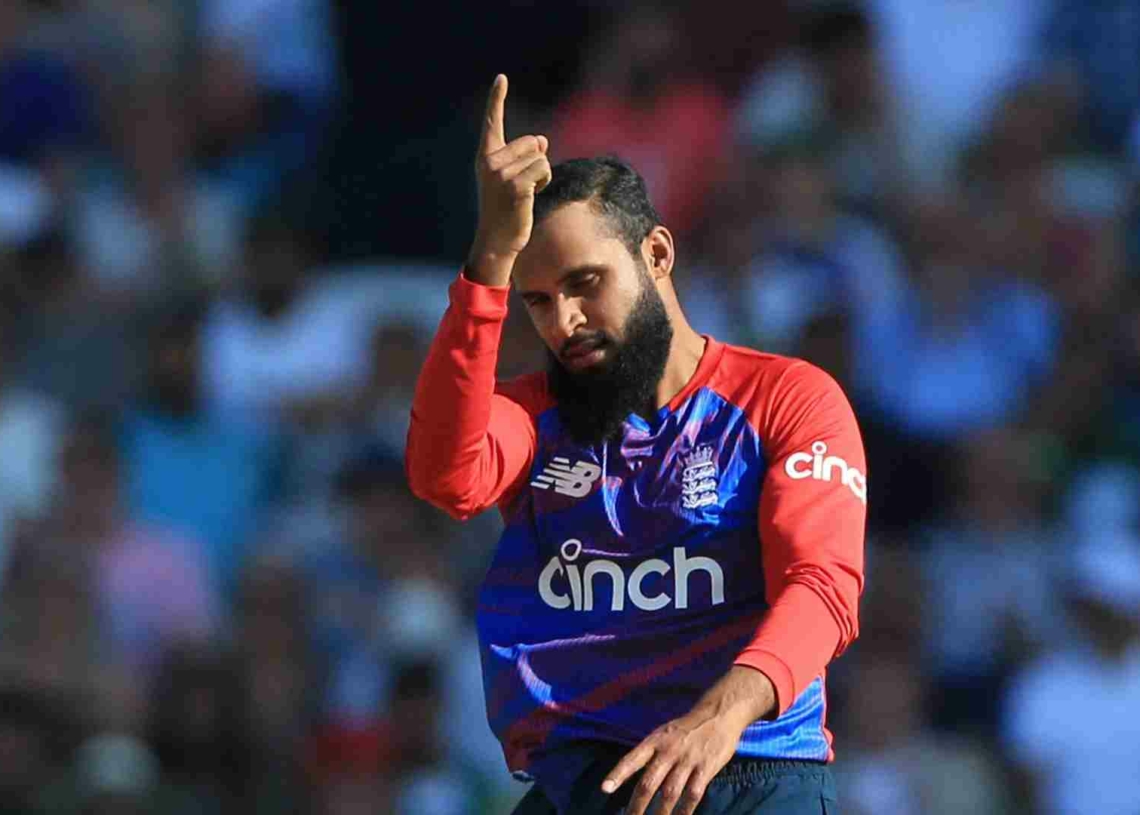 England leg-spinner Adil Rashid ripped through Team Abu Dhabi’s batting line-up, taking a hat-trick to give Delhi Bulls their seventh victory and deny Abu Dhabi a chance to make it to the top-two on the points table in Abu Dhabi T10 here.

Team Abu Dhabi’s strong batting line-up required 108 to finish in the top-two but they collapsed like ninepins in the middle overs. After a strong start, they slipped from 41/1 to 67/7 in a matter of 10 deliveries giving Delhi Bulls a 49-run win.

The result of this match meant Delhi Bulls finished in the top-two while Team Abu Dhabi along with Bangla Tigers occupy third and fourth place on the points table.

Adil Rashid, bowling his second over, first got Livingstone to top edge to the keeper and then removed Colin Ingram.

Jamie Overton, facing the hat-trick ball, had no answer to Rashid’s googly and was bowled for a duck. Dominic Drakes took out Bell-Drummond and Danny Briggs in the next over to reduce Team Abu Dhabi to 67/7.

Fazalhaq Farooqi sent down a maiden over to reduce Livingstone’s team’s chances of reaching the top two. Eventually, Team Abu Dhabi finished on 86/8.

After winning the toss and putting the opposition in to bat, Team Abu Dhabi didn’t allow Delhi Bulls to get off to a flying start. Sheldon Cottrell removed Chandrapaul Hemraj in the first over while Marchant De Lange tested Rahmanullah Gurbaz with some short-pitched bowling.

The innings gathered momentum when Gurbaz unleashed an attack on Cottrell in the third over, hitting the left-arm pacer for a six and a four. Jamie Overton proved expensive in his first over as he gave away 22 runs.

Liam Livingstone brought himself on but Gurbaz showed scant regard for his leg spin and hit him into the stands twice in two deliveries.

Naveen-ul-Haq struggled with his line and length and was smashed all around the park by the duo who plundered him for 28 runs. Even the generally economical Danny Briggs was put to sword as the duo took their partnership beyond the 100 run mark.

With three overs left and Bulls cruising on 112, a massive score seemed to be on the cards.

However. Rutherford’s run out on the first ball of the eighth over put the brakes on the scoring rate. The final three overs of the innings yielded only 23 runs but that was to prove more than enough for the Bulls.

'Block FB, WhatsApp, Telegram, not all internet if you need to': Parl panel to Centre