‘Warm clothes for poor’: How a dedicated team of young Kashmir doctors help out people in bone-chilling winters 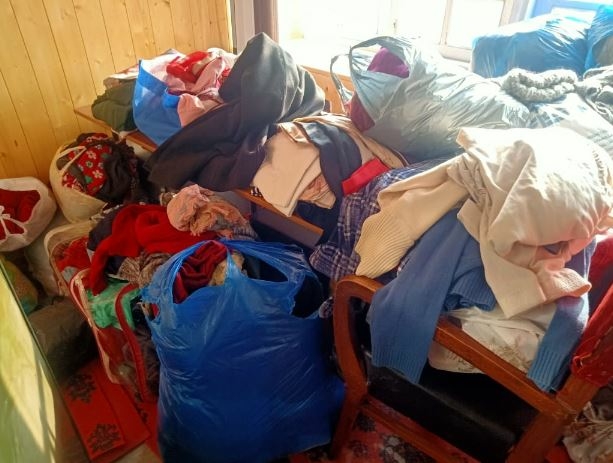 SRINAGAR: When a group of doctors visited the interior city as a part of their field study, they were shell-shocked to see young kids and women without proper winter clothing shivering in the bone-chilling cold.

For days, the flashback of kids crying was playing in their minds. One fine day, doctors met on the campus and the idea of launching a social media campaign to urge people to donate winter clothes was born. The community medicine department of  Government Medical College (GMC), Srinagar, became the nodal agency.

“The response has been good so far. We are receiving calls from numerous people who want to donate clothes. People can come and drop warm clothes at our department and we will hand them over to the deserving people,” Prof Muhammad Salim Khan, head department of Community Medicine, GMC, told The Kashmir Monitor.

How do doctors identify the families?

A team of dedicated doctors is working overtime to identify the families and deliver winter clothing to their doorsteps. It can be pherans, sweaters, jackets, trousers, warm shirts,  women’s apparel, and any other winter wear. People can donate used or fresh clothes. Most people donate used clothes but in good condition.

“Our doctors have to conduct a field study as a part of their curriculum. During one of their study tours, they saw kids from poor families shivering in cold. They were moved by their plight and decided to do something. Later they came up with the idea of collecting warm clothing and delivering it to the deserving,” said Prof Salim.

After receiving the clothing, doctors sit together and sort as per age group. Later the clothes are packed in the plastic bags. Only usable clothing is delivered. Torn and shabby clothing is avoided because it does not serve the purpose.  Doctors visit different localities and deliver clothes at the doorsteps of the deserving people.

“Our doctors go to those areas which have a huge concentration of people living below the poverty line. They do not have the means to buy fresh winter clothing. It is costly and they cannot afford it. Our boys and girls identify the deserving and make a list of the people and the areas. Later the doctors visit these households and deliver the clothes,” said Prof Salim.

Most of the doctors involved in the work have stayed away from the limelight. This is over and above their academic work which they have to submit at the end of the semester. “Most of them are students. They are doing it voluntarily,” said Prof Salim.