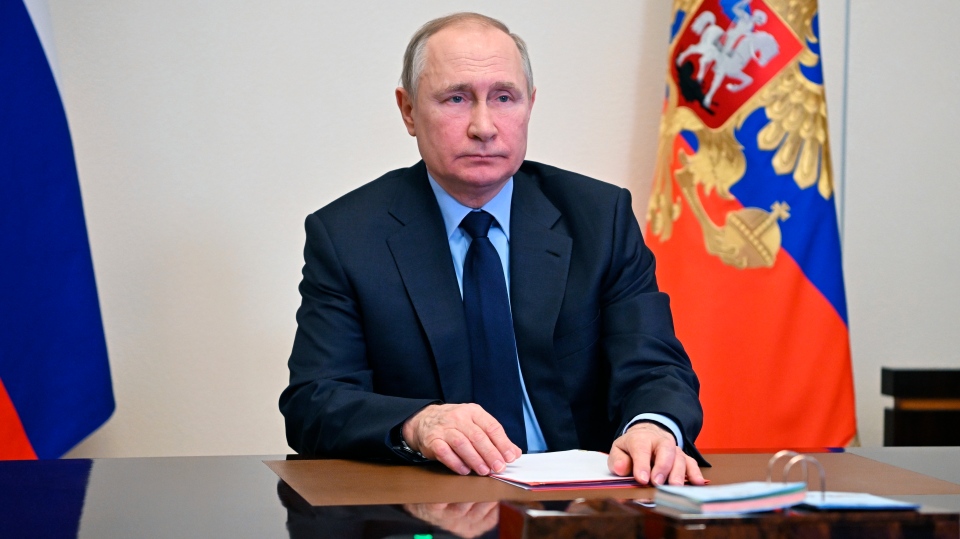 Moscow: Defying US and West, Russian President Vladimir Putin announced a “military operation” and asked Ukrainian soldiers to lay down arms in a bid to avoid bloodshed.

Putin made a surprise statement on television to declare his intentions. The announcement came at a time when Pakistani Prime Minister Imran Khan has arrived in Moscow to revive the bilateral relationship.

“I have made the decision of a military operation,” he said shortly before 6:00 am in Moscow, as he vowed retaliation against anyone who interfered.

He also called on the Ukraine military to lay down its arms.

His statement came after the Kremlin said rebel leaders in eastern Ukraine had asked Moscow for military help against Kyiv.

In response, Ukraine’s President Volodymyr Zelensky made an emotional late-night appeal to Russians not to support a “major war in Europe”.

Speaking Russian, Zelensky said that the people of Russia are being lied to about Ukraine and that the possibility of war also “depends on you”.

“Who can stop (the war)? People. These people are among you, I am sure,” he said.

Zelensky said he had tried to call Putin but there was “no answer, only silence. He said Moscow now had around 200,000 soldiers near Ukraine’s borders.

Their appeals came after Putin recognized their independence and signed friendship treaties with them that include defence deals.

Tens of thousands of Russian troops are stationed near Ukraine’s borders, and the West had said for days that an attack was imminent.

His announcement of the military operation came ahead of a last-ditch summit involving European Union leaders in Brussels planned for Thursday.

The 27-nation bloc had also imposed sanctions on Russia’s defence minister Sergei Shoigu and high-ranking figures including the commanders of Russia’s army, navy, and air force, another part of the wave of Western punishment after Putin sought to rewrite Ukraine’s borders.

“President Putin, stop your troops from attacking Ukraine, give peace a chance, too many people have already died,” Guterres said.