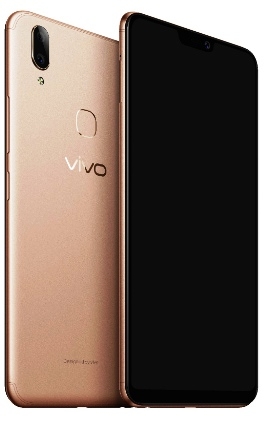 Vivo V9 Youth, a stripped down version of the original Vivo V9, has been launched in India at Rs 19,990. The smartphone has a different processor and storage from the Vivo V9. The camera specifications have also changed. Vivo V9 is the company’s new mid-range flagship phone, which was announced last month at a price of Rs 22,990.

The V9 Youth can be bought in two colour options – black and gold. The smartphone will be available on Vivo’s official website, Amazon, Flipkart and Paytm Mall from April 24. It is already available at offline retail stores.

Vivo V9 Youth edition has a 6.3-inch Full View display with an aspect ratio of 19:9 and Corning Gorilla Glass 3 protection. The smartphone has iPhone X-like notch on top of the screen. It sports a plastic shell design with metallic finish. Vivo V9 Youth edition runs the company’s FunTouch 4.0 UI, which is based on Android 8.1 Oreo.

Vivo V9 Youth edition is powered by the Snapdragon 450 processor, compared to Snapdragon 626 in Vivo V9. Also the new phone comes with 32GB storage, and not 64GB. It features 4GB RAM and storage is expandable up to 128GB via a microSD card slot. Vivo V9 Youth edition is backed by a 3,260mAh battery. The phone also supports Face Unlock feature, in addition to fingerprint sensor for unlocking the device.