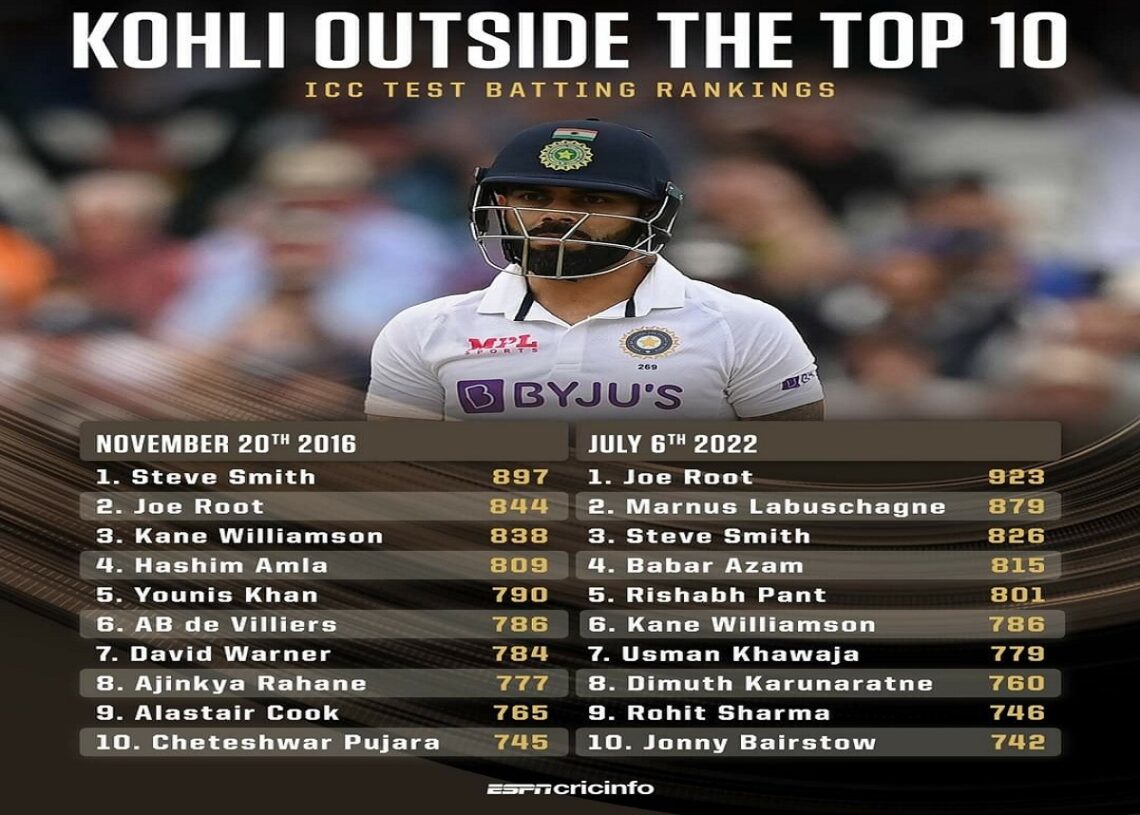 Former Indian captain Virat Kohli has slipped out of the top 10 in the ICC Test batsman rankings. Following an extended lean spell in Test cricket, Kohli has dropped to number 13, a drop of four places, in the latest rankings published by the ICC on Wednesday.

Kohli who scored 11 and 20 against England in the Edgbaston Test, last scored a Test hundred in November 2019. In his last twenty Test innings, Kohli has managed just three half-centuries with the highest being 79 which he scored against South Africa in Cape Town earlier this year.

It is the first time in six years that Kohli has been ranked outside the top 10 in the ICC Test rankings. In June Pakistan captain Babar Azam surpassed India’s Virat Kohli in becoming the world’s No.1 T20I batter for the longest period of time after he maintained his top spot in the latest ICC T20 batting rankings.

Meanwhile, Rishabh Pant has seen his ranking jump to five after his show in the Edgbaston Test. Pant smashed a hundred in India’s first innings and followed the century with a half-century in India’s second innings. With a total of 203 runs, Pant scored the third-most runs by an Indian wicketkeeper in a Test after Budhi Kunderan and MS Dhoni. Pant also surpassed West Indian great Clyde Walcott to set the record for most runs in a Test on English soil by a visiting wicketkeeper.

ADVERTISEMENT
Tags: Virat Kohli out of top 10 test
No Result
View All Result